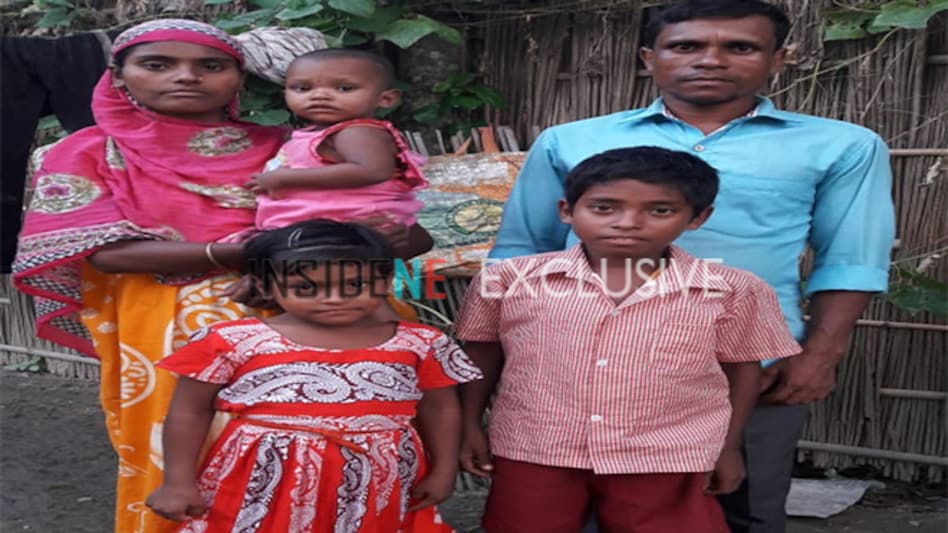 The husband of a Muslim woman in Assam, who had undergone tubectomy, has petitioned the Deputy Commissioner of Dhubri district alleging that the family was not compensated by the health department for the failed surgery.

Morzina Khatun, 26, had undergone tubectomy at the Civil Hospital in Dhubri in 2016 but in doing so, her family had to allegedly pay Rs.6000 to the doctor Bipul Roy Prodhani. More than one year has elapsed since the family had learned of the failed surgery but the compensation is yet to be released.

As per a government scheme, the one-time compensation for failed tubectomy is Rs.30000. Morzina is a mother of three children. The third child was born after tubectomy.

“Morzina had undergone the surgery under the guidance of Dr. Bipul Roy Prodhani. We learnt about the failed tubectomy when my wife got pregnant months after the surgery. Later on August 21, 2017, she gave birth to a girl child,” Morzina’s husband Sahidul Islam told InsideNe.

He alleged that when they had lodged a complaint with Dr. Bipul Roy Prodhani after Morzina became pregnant even after tubectomy, he rubbished it saying pregnancy after tubectomy was not possible.

“When I took my wife to a private clinic, it confirmed she was 13 weeks’ pregnant. The revelation made us to go to Dr. Roy Prodhani again. He then gave some medicines and took a fee of Rs.300. He assured us by saying that there was nothing to be worried about,” Islam said.

“When I took my wife to Dr. Roy Prodhani for tubectomy, he had obtained our bank details saying we will get a certain amount for tubectomy. We did neither get money for tubectomy nor the failed tubectomy. The rules say compensation for failed tubectomy has to be paid within 30 days. We have lodged a complaint with the DC of Dhubri. Hopefully, he will come to our rescue,” he said.

He also said that his wife’s decision to go for tubectomy stemmed from the state government’s bid to pass a law that will make people with more than two children ineligible to contest elections and deprive them of various government facilities. Both Islam and Morzina had plans to contest panchayat elections.