Will quit alliance if Citizenship Amendment Bill is passed: AGP 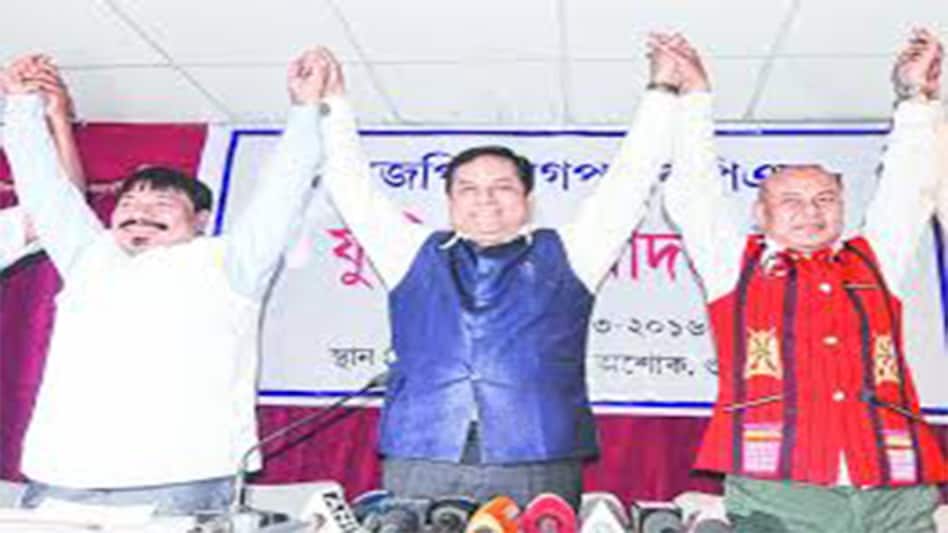 The Asom Gana Parishad once again has cleared their stand over the controversial Citizenship (Amendment) Bill, 2018 by stating that if the bill is passed, then they will withdraw their support from the government in Assam.

Speaking to InsideNe, Manoj Saikia, general secretary, AGP said, "We have clarified our stand on the bill and we will not support it under any curcumtances. If the centre by any means turns the bill into a law, then we will immediately pull out our support from the alliance government in Assam."

He added that this is not a new announcement, they announced it much earlier.

It may be mentioned that AGP's president Atul Bora earlier stated, "We’ll break the alliance only if the government passes the Citizenship (Amendment) Bill.”

It may also be mentioned that the bill, first introduced in the lower house of the parliament in 2016, amends the Citizenship Act, 1955 to make illegal Hindu, Sikh, Buddhist, Jain, Parsee and Christian migrants from Afghanistan, Bangladesh and Pakistan, eligible for citizenship.