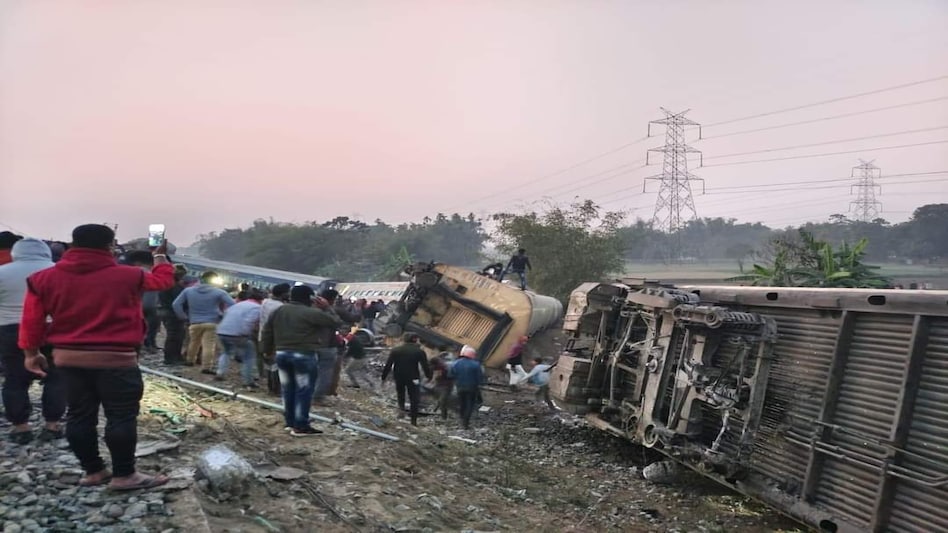 GUWAHATI: Three people have reportedly died in the accident of the the Bikaner-Guwahati Express of the Northeast Frontier Railway zone reportedly derailed near Domohani of Mainaguri in northern part of West Bengal.

The Alipurduar DRM confirmed the mishap of the Guwahati-Bikaner Express 15633 (up) around 5 pm today.

"At least 3 people have been killed and over 20 injured," Moumita Godala Basu, DM Jalpaiguri, tweeted.

A high-level Commissioner Railway Safety enquiry has been ordered to ascertain the cause of the accident. The State Disaster Response Force and fire fighters have reached the spot.

"The DRM and ADRM rushed to the site along with accident relief train and medical van," the Indian Railways said in a statement.

Top officials of the Indian Railways, including CRB & DG (safety), have left for the site of the mishap.

According to reports, the S12 coach and its adjacent ones are among the ones that got derailed in the mishap.

Ajmal in confusion? AIUDF Chief admits he forgot to vote in the Vice President Polls

Pandemic, War, China, Economy: How Modi 2.0 trumped it and his big challenges ahead | Nothing But The Truth, Ep 07