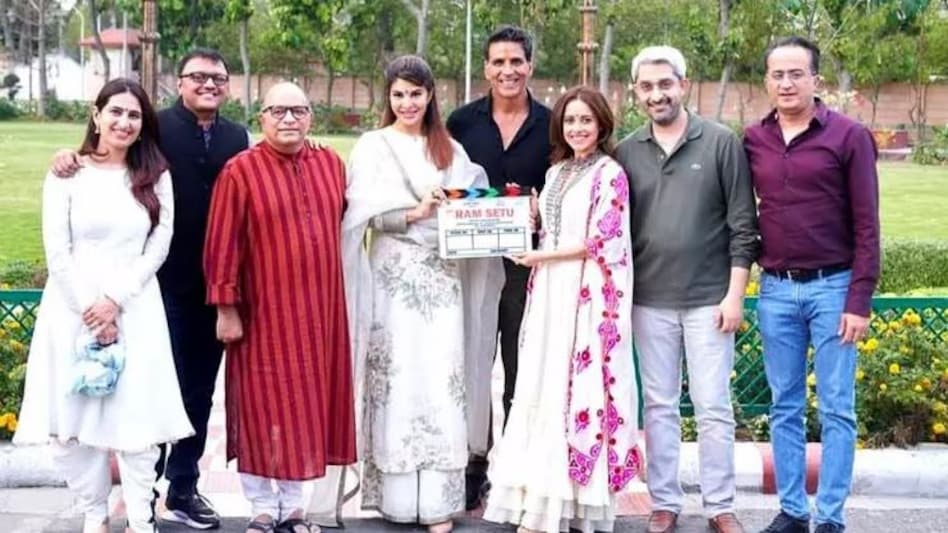 The tests were needed because the film's shoot was set to begin on Monday at a new location in Mumbai.

Although more than 100 people were screened as a precaution, 45 people had positive results. The shoot has now come to a stop.

On Sunday, the Bollywood star updated his social media followers on his fitness. Akshay Kumar posted on Instagram that he has quarantined himself at home, “I wish to inform everyone that earlier this morning I tested positive for Covid-19. Following all the protocols, I have immediately isolated myself. I’m under home quarantine and have sought necessary medical care. I would sincerely request all those that have come in contact with me to get themselves tested and take care. Back in action soon.”

Cape of Good Films, Abundantia Entertainment, Lyca Films, and Amazon Prime Video have all invested in the film. Ram Setu began filming in Mumbai on March 30 after a mahurat shoot in Ayodhya.

Maharashtra has been in the grip of a serious crisis in recent days, with coronavirus numbers on the increase. It reached a new high of 57,074 cases on Sunday, surpassing the previous year's total.

The state government has announced new restrictions, including a weekend lockdown, in order to break the chain.

Although film and television units have been given permission to begin shooting over the weekend, the government has instructed production teams to work with just 33% of crew members while adhering to all safety regulations. They were also advised not to film any large dance or battle scenes.