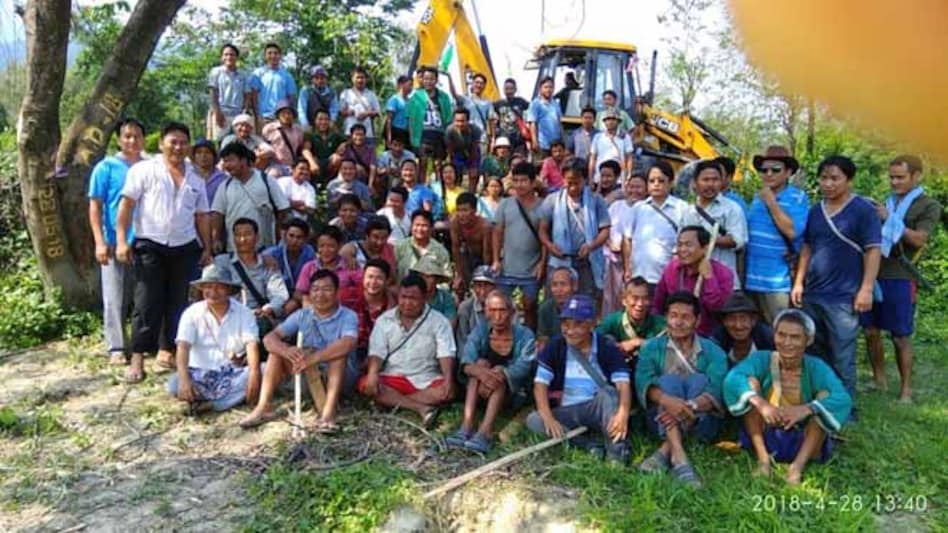 The   KGWS members headed by President, Tapok Tamuk and General Secretary, Bajing Tayeng in collaboration   with the villagers totaling around 80 plus members enthusiastically participated in the day long social service in which two excavator machines were also put in action for leveling the ground and removing big boulders that had been piled for many years, informed Boyem Jerang, V/President of the society.

Besides removal of boulders and leveling the ground, the KGWS members took up plantation drive/activity around the boundary demarcation of the burial ground. The need for a common burial ground was felt as the poor villager who doesn’t possess land had been facing a lot of problems in disposing the dead bodies.

“With the exigency of time and situation, the KGWS started this mission of having a General Burial Ground on a self help basis to ease the burial chaos and next we are targeting to erect a boundary wall around the ground to get rid of from any unlawful encroachment in near future”, added Jerang.