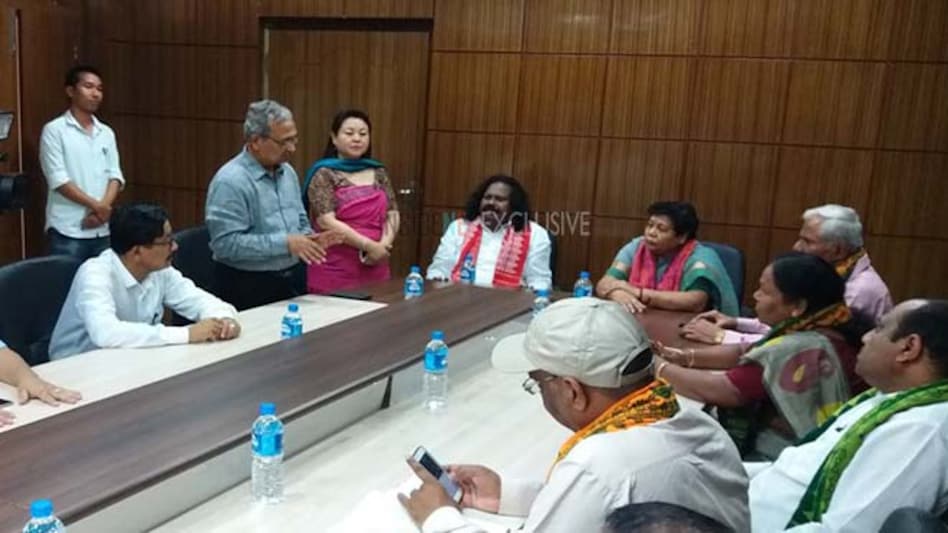 A nine member team from the National Commission for Scheduled Tribes (NCST) lead by its Chairperson Dr Nand Kumar Sai and accompanied by its vice chairman and other members and senior official today visited Kokrajhar to see the ground assessment in the implementation of various Central sponsored schemes in tribal dominated areas.

Later talking to Reporters, Sai stressed the need for better education for the development of backward tribal communities, besides generating employment opportunities. “Agriculture and horticulture will also help the uplift of tribal people and their economy, he said.

Stating that education is a must for development, he said upgrading the Central Institute of Technology(CIT) into full fledged University will be helpful to the underdeveloped students coming from ST, SC and OBC in this part of the region. He assured to take up the issue with the higher authority in the HRD.

The chairperson also National Commission for Scheduled Tribes also said giving adequate power to the tribal autonomous councils, including in sixth scheduled areas will also felicitated in the development of tribal people.

On the illegal encroachment in tribal belts and blocks in Assam, he expressed his serious concern on the issue saying, “No tribal land can be encroached or purchased by any non-tribals”. He assured to take up the issue seriously. On the total 12,155 numbers of backlogs vacancies meant for ST(P) and ST(H) in various departments of Assam, the National Commission for Scheduled Tribes said they will take up the issue with the chief minister.