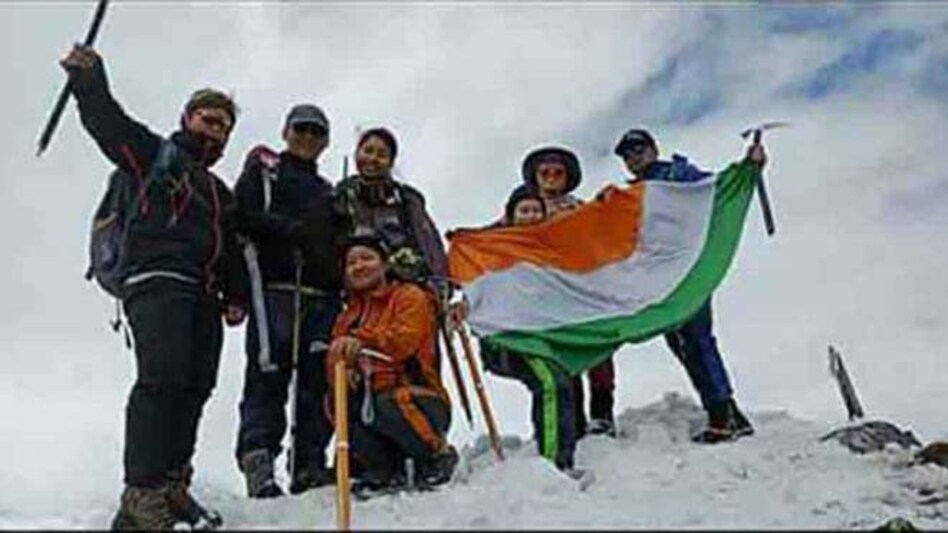 Fungkha Brahma Kachari and Rujubili Narzary, two members of Kokrajhar-based Adventure NGO have successfully completed the Basic Mountaineering Course from the Indian Himalayan Centre for Adventure & Eco Tourism (IHCAE) in Sikkim from March 4 to April 1, 2018. During the training, both the members of Adventure NGO scaled the Mount Brungkhang, a Himalayan peak in North Sikkim Region.

Earlier, they had attended two local adventure training camps in Bodoland Territorial Areas District (BTAD) in 2016 and a Himalayan High Altitude Trekking to Sandakphu in 2017, which were organized by the NGO in technical collaboration with the Assam Mountaineering Association(AMA).

Another member of the Adventure NGO, Nandita Brahma, represented the Assam State team in the recently-concluded BC Goswami Memorial Northeast Zonal Sport Climbing Competition held in Guwahati on March 24 and 25, 2018 where Assam emerged as the overall champions.

Fungkha and Nandita along with another member of the NGO, Pancha Narzary, also completed the Entrepreneurship Development Training on Adventure Tourism, organized jointly by the Directorate of Tourism, Assam and the Assam Mountaineering Association in October-November, 2017 in and around Guwahati.