News
Breaking News
Bhaichung Bhutia's effigies are being burnt in Namchi. Here's why

Bhaichung Bhutia's effigies are being burnt in Namchi. Here's why 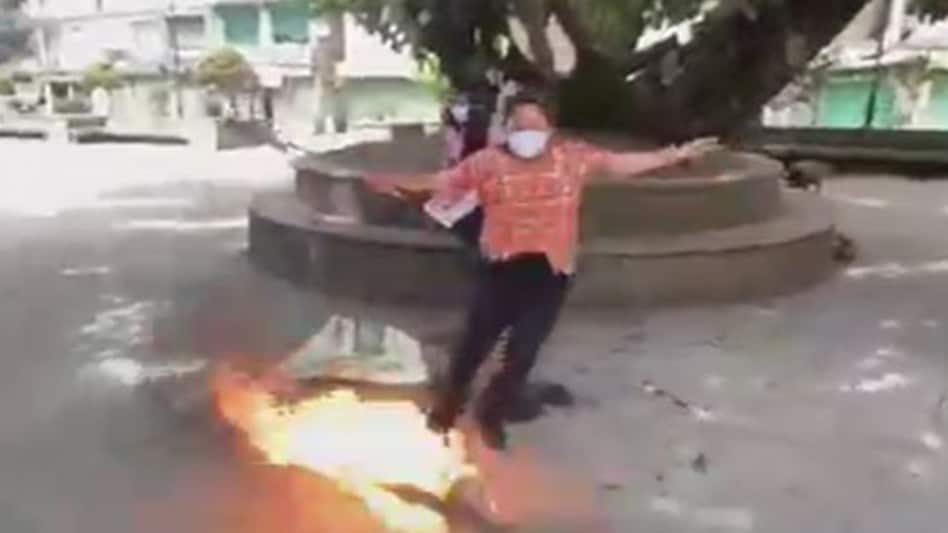 GANGTOK: Ace footballer and Humro Sikkim Party leader Bhaichung Bhutia has seemingly landed in the soup over his comments on the construction of a new hospital amid the ongoing COVID-19 crisis.

A group of women held placards and shouted slogans against Bhaichung Bhutia at Namchi on Wednesday. They also torched an alleged effigy of Bhaichung during their protest.

Slogans of 'Bhaichung Bhutia murdabad' were also heard at the protest attended by around 20-30 people (mostly women).

They were protesting against the statement given by the former Indian football captain-politician over the new Namchi hospital project.

Bhutia had stated that the new hospital project should be stopped and taken up after the pandemic as the focus right now should be on upgrading existing hospitals.

He had also stated that the project takes over the only playground available in Namchi and should be shifted to Karfectar, near Jorethang.

“I would request the Govt. to kindly stop the construction and start when (the) pandemic is over. The focus right now must be on manpower and upgradation of existing hospitals, including PHCs. And importantly, they must shift the project from the only playground available in Namchi,” the former Indian football captain said in a Facebook post.

Namchi is from where the legendary footballer started his successful soccer journey. A little above the veterinary ground, a modern football stadium named after him is being constructed by the government.

The project was started by the previous Sikkim Democratic Front government and is continued by P. S. Tamang (Golay)-headed by present Sikkim Krantikari Morcha regime.

Golay had on Saturday laid the foundation stone of the 300-bed hospital to be constructed at an estimated cost of Rs 500 crore.

“The upcoming hospital will be of huge assistance for the people of South and West Sikkim. They need not travel to Gangtok for medical treatment,” he had said.

Sikkim is still under a lockdown with strong restrictions on the gathering and movement of people. The positivity rate in the state currently is among the worst in India.