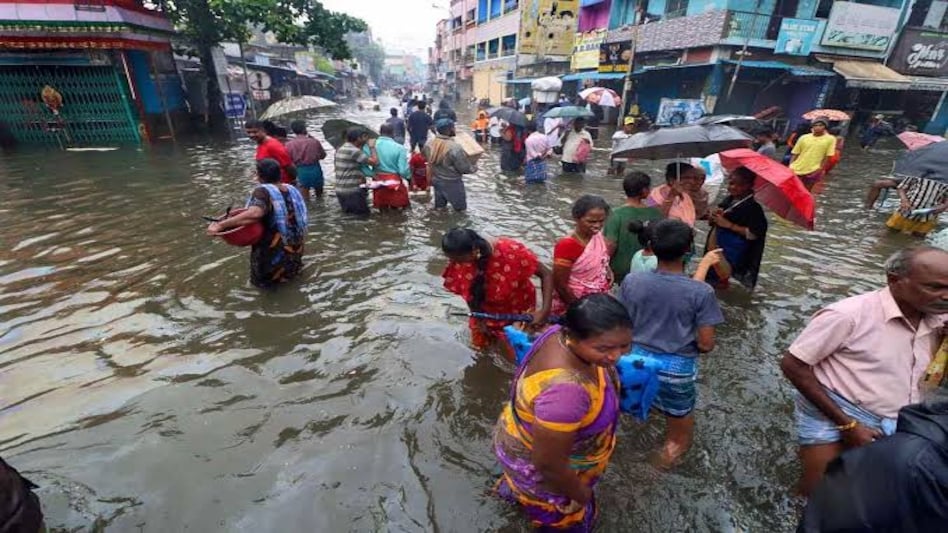 CHENNAI: Amid the incessant rainfall in Tamil Nadu, the authorities on Tuesday issued a flood warning for Theni district and adjourning low-lying areas.

Earlier on Tuesday, the Tamil Nadu government declared local holidays on November 10 and 11 for nine districts - Chennai, Kancheepuram, Thiruvallur, Chengalpattu, Cuddalore, Nagapattinam, Thanjavur, Thiruvarur, and Mayiladuthurai -- after the weather department predicted heavy rains for the next couple of days

The Indian Meteorological Department (IMD) had forecast another bout of heavy rains to hit on November 10-11.

Heavy rains lashed Chennai and its nearby areas on Monday morning affecting the vehicular movement in the state.