Here's what Mirabai Chanu said on meeting family after 2 years

Olympic Silver Medalist Mirabai Chanu is undoubtedly the talk of the town for bringing glory to her state Manipur as well as the entire nation. 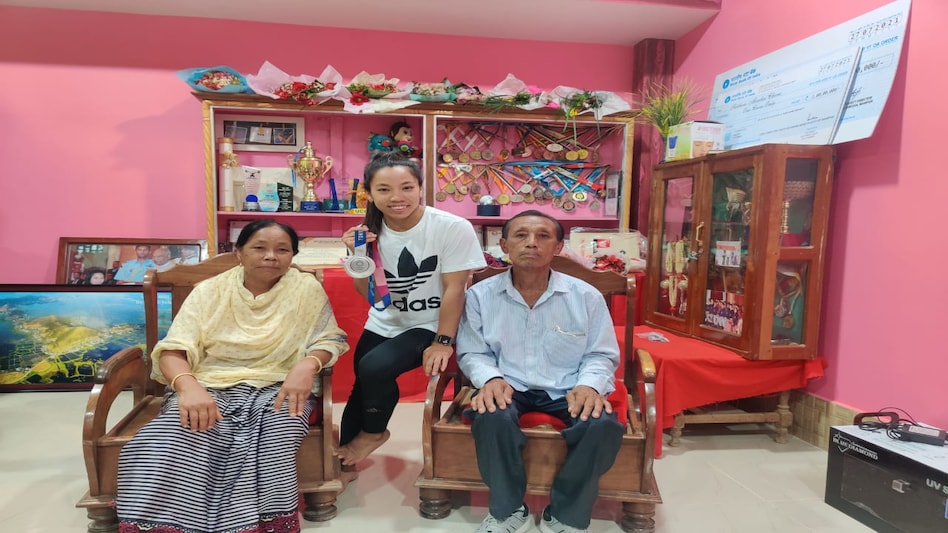 IMPHAL: Olympic Silver Medalist Mirabai Chanu is undoubtedly the talk of the town for bringing glory to her state Manipur as well as the entire nation.

Chanu reached her hometown on Tuesday where she finally got to spend some quality time with her family after dedicating herself on the preparation for the olympics.

This feeling of meeting my family after a long span of 2 years is beyond words".

"I'm grateful to each one of you for showing faith in me and supporting me", she added.

Further thanking her parents, the weightlifter wrote, "Thank you Ema and baba for all the sacrifices you made for me to reach at this level".

She also shared some snapshots of her spending some quality time with her family. A myriad of medals and the trophies can also be seen in the background.

Chanu kick started the country’s medal tally on Saturday after winning a silver in the Women’s 49kg category at Tokyo Olympics.

Chanu was given a grand welcome at the Indira Gandhi International Airport, New Delhi.

The ace weightlifter along with her coach Vijay Sharma were greeted and felicitated by the Union Sports Minister Anurag Singh Thakur, Kiren Rijiju, Kishan Reddy, Sarbananda Sonowal, and Nisith Pramanik on their return.

At the Imphal airport, thousands were waiting to get a glimpse of the audience. Chief Minister N. Biren Singh was also present at the airport.

Chanu's victory marked India’s first weightlifting medal from the Olympics after more than 20 years with Karnam Malleswari’s win in 2000.

India marks another milestone; over 75,000 startups recognized so far