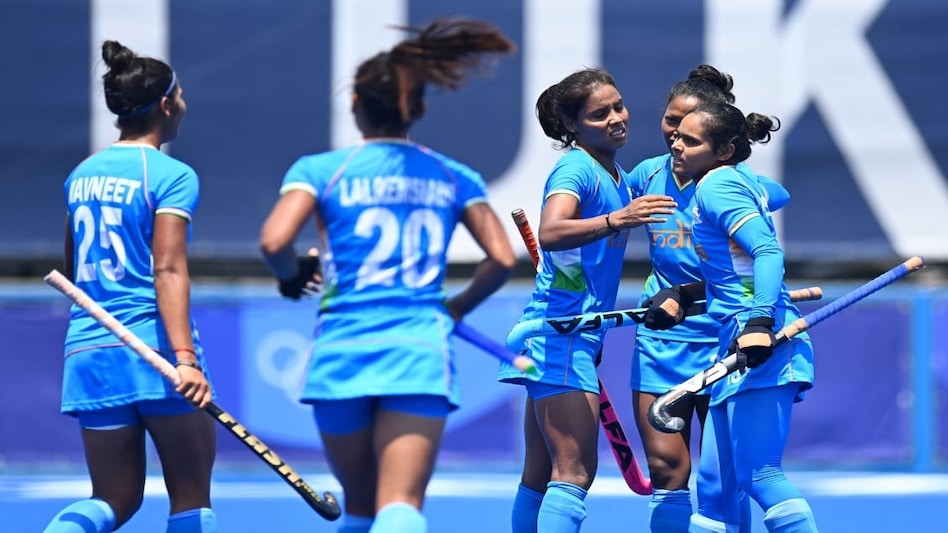 TOKYO: The Indian women's hockey team made history today by defeating the mighty Australians 1-0 in the quarter-final match.

The World No 9 India women's hockey team defeated Australia and reach the Olympic Games semi-finals for the first time.

For the first time in the history of the Olympics, both men and women hockey teams of India have entered the semifinals at Olympics.

The Australian women's hockey team was completely taken aback by India's aggressive approach from the start of the game.
The India Women's Hockey team got off to a great start.
They were able to dominate possessions in the first few minutes.
In the first quarter, Australia earned a penalty corner against India.
Fortunately, goalkeeper Savita Punia made a big save to deny Australia their first goal.
At the end of the first half, India took a 1-0 lead over Australia, courtesy Dragflicker Gurjit Kaur's first Olympic goal in the 22nd minute.
India scored a goal after taking a direct shot from the penalty corner for the first time in the Tokyo Games.
ALSO READ: Chaos At Assam COVID-19 Vaccine Centre; No Mask, No Social Distancing

Australia won their second penalty corner at the start of the third quarter but were unable to convert it into a goal because a great goal attempt by Grace was blocked by the Indian defenders.

By the end of the third quarter, India had maintained their 1-0 lead and put the Aussies under pressure.

A day after the Indian men's team returned to the Olympic semifinals after a 49-year of a gap, the world no. 9 women's team made history with a phenomenally realistic performance.

Ddetermined to make a point, the Indians delivered a strong and brave performance to eke out a narrow victory over the Hockeyroos.

Rani Rampal's team will face Argentina in the semifinals on August 4.