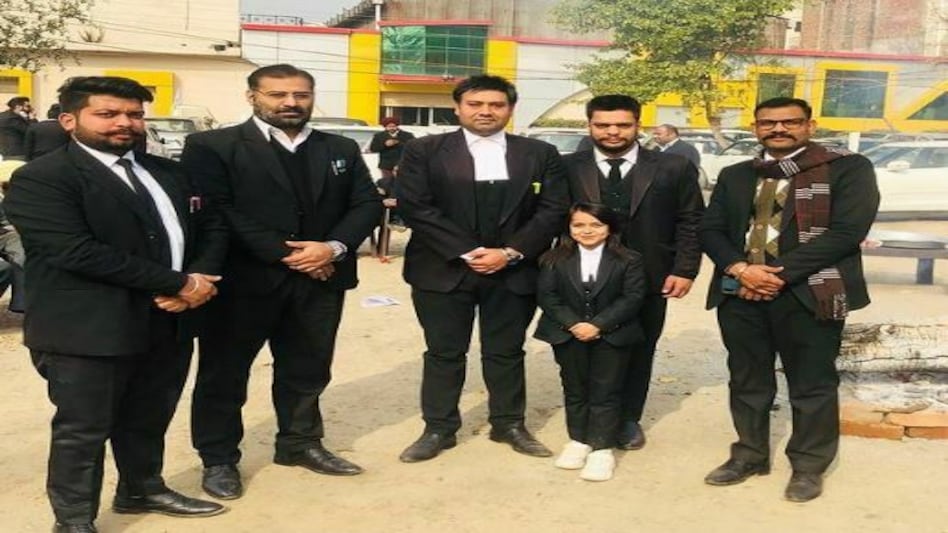 GUWAHATI: Harvinder Kaur Janagal, India's shortest lawyer has not only achieved her goals but also served as an inspiration to others.

Harwinder Kaur's ambition was to work as an air hostess, but she was unable to do so due to her short height. But, kudos to her courage, she was able to achieve her goals and is now a professional lawyer.

Harvinder Kaur, 24, is no less than anyone else, but her short height has forced her to be a victim of the public.

According to reports, she is just 3 feet 11 inches tall. Despite this, she did not let it get in the way of her goal, and she not only realised his ambitions but also became an inspiration to others through her bravery.

She said in an interview that she wanted to play hockey but was unable to do so due to his height.

She wanted to play hockey but could not play it because of her short height.

She did many things for his short height, get treatment, but nothing came out.

The situation even went so far that she had locked herself in the room to avoid being the subject fun.

But her spirits did not leave her and she decided to enter the legal profession.

She is currently working in the Jalandhar Court.

Now her dream is to become a judge.

Why a de-facto PM from Guwahati should run entire northeast: Mamata Banerjee
advertisement