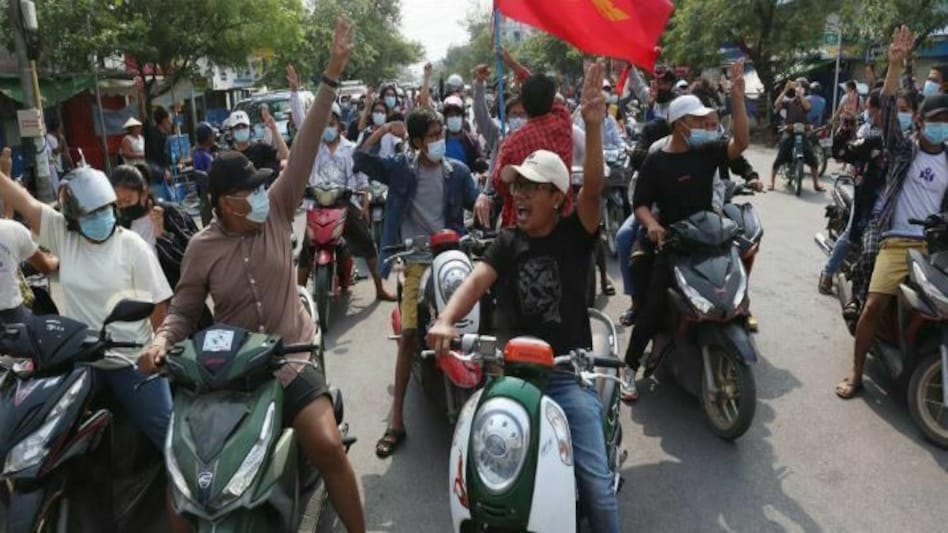 NAYPYIDAW: Myanmar security forces have detained one of the key leaders of the anti-military movement Wai Moe Naing after ramming into his motorbike with a car while he was leading a motorcycle protest rally yesterday.

An unmarked oncoming vehicle collided into a group of motorcycles in a video shared on social media.

An unmarked police car hit Naing's motorcycle. Naing, a 25-year-old Muslim, has emerged as one of the most visible leaders of the anti-coup demonstrations.

According to sources, some of his co-workers expressed concern over his safety.

The incident followed soldiers firing on Mandalay medical staff who were demonstrating killing one man and injuring several others.

According to sources, security forces have killed 715 demonstrators since Suu Kyi's government was overthrown.