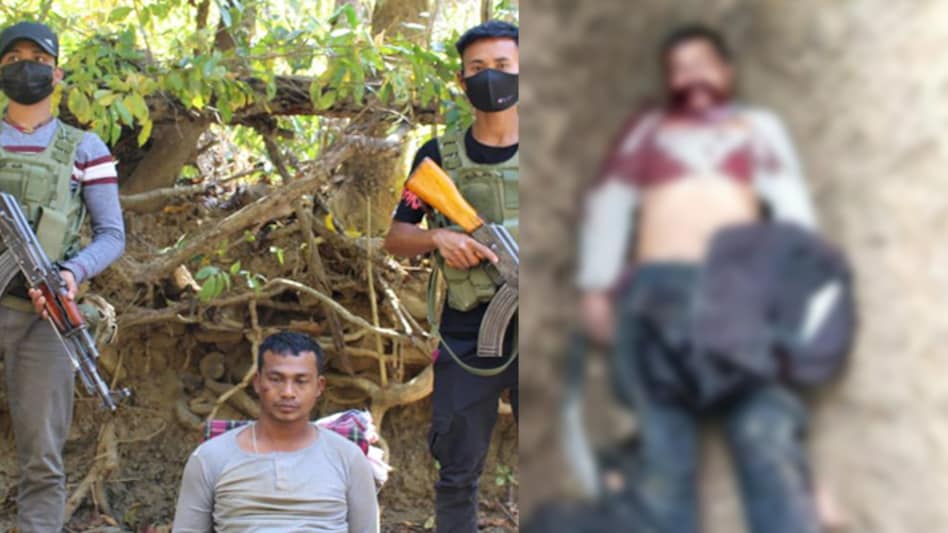 The military wing of the UNLF took to social media to announce that they have given capital punishment to the accused, who was a leader of a faction of the Kangleipak Communist Party (hence his nickname KCP Nando).

The organization also posted a pic of Nando's body and a pic apparently under the captivity of UNLF's militants.

Making the declaration via Facebook, the UNLF also posted a press release stating that the militants would take strict action those found committing crimes against women.

Inside NE cannot independently verify the veracity of this post, but news of Nando's death has spread like wildfire on social media.

Elizabeth, the daughter of Manipur minister Francis Ngajokpa was in 2003 reportedly killed by Nando, triggering massive outrage across the state.

A police investigation later revealed that the victim was also subjected to sexual assault. She was kidnapped for a ransom of Rs 15 lakh.

Police arrested Nando who was in police custody but he dramatically escaped from his bed in the orthopedics ward of JNIMS Hospital in Imphal.

Police said that KCP Nando was found missing from his bed around 6 am in the morning when one of the jail warders went to check on him.

The militant leader had been hospitalized at the general ward of JNIMS Orthopaedic department since November 26, 2018, following a spinal injury. On February 8, 2019, he reportedly underwent surgery for the injury.

After his escape from custody, Manipur police announced a Rs 1 lakh bounty for information that could lead to his arrest.