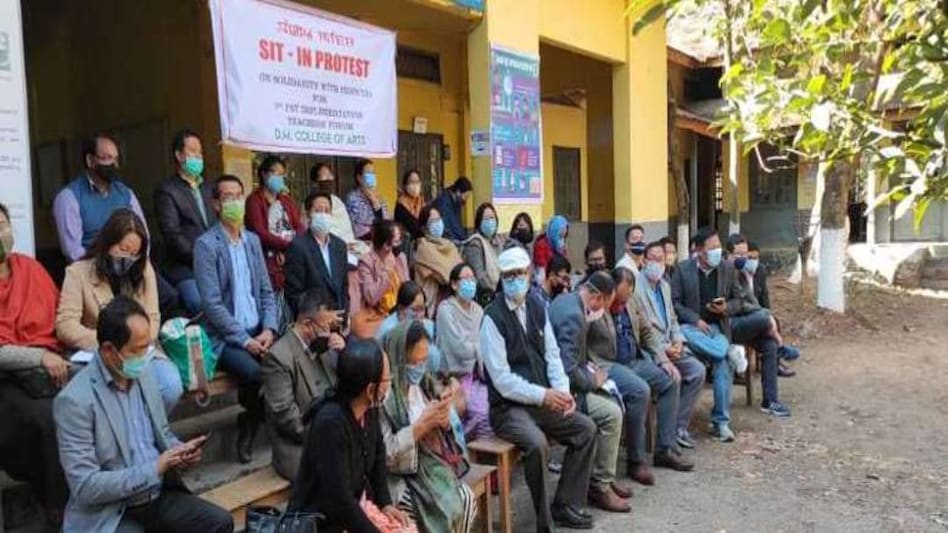 IMPHAL: Following the suspension of the strike by members of the Federation of Government College Teachers Association (FEGOCTA) on Saturday, online sessions at all Manipur government institutions including the Dhanamanjuri university resumed on Monday.

All other college activities, including the preparation for upcoming exams, were resumed as well. Teachers have been on strike since July 1, demanding that the 7th UGC Pay and Regulations, 2018 be implemented.

The Manipur government closed all educational institutes except two medical colleges due of the COVID-19 outbreak.

ALSO READ: 7 Bangladeshis, including minors, apprehended by BSF while crossing…

While announcing the commencement of the new pay scale for college teachers, Education Minister S. Rajen also urged the FEGOCTA to resume online programmes so that students would not suffer. Some student organizations had urged the striking teachers to reconsider their tactics.

While applauding the government's action, the FEGOCTA also urged it to issue pension orders for retired government teachers.

The association protested six times before the government decided to impose the new pay scale.

The most recent strike began on July 1, requesting that the March 6, 2021 Memorandum of Understanding signed between the State government and FEGOCTA representatives be translated into action, based on a Cabinet resolution to implement the UGC pay scale.