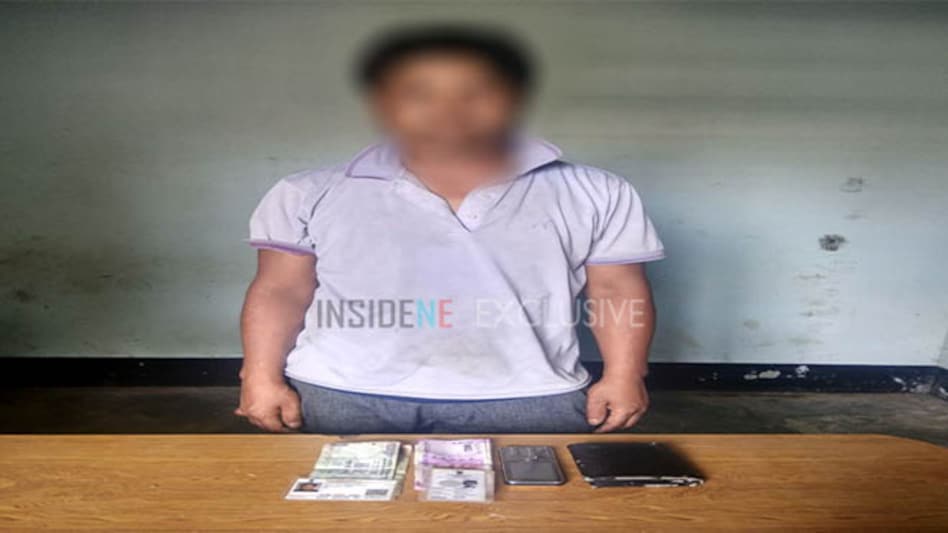 As a part of follow up action in connection with the detection of huge consignment of phensedyl (a contraband cough syrup)  from one transport Tata truck bearing Registration No. AS 25BC-3962 on 26thMay, 2018 from Chandrapur, Jiribam.

A team of Jiribam District Police consisting of 2 sub-inspectors namely- Sub-inspector (S.I) T. Rameshwor Singh and SI T. Romen Singh along with 2 police constables were deputed to Guwahati on 29 May to arrest the king-pin of contraband drugs peddlers and to establish the originator of seized drugs.

The District Police team carry out 2 days racy to establish the identity of the above accused near Super Zed travels/ Carrier located nearby the Afsara Cinema hall Guwahati.

“Thorough investigation is going on to root out the origin of the seized consignment”, Stated by S.P, Jiribam District.

The arrested accused has been produced before the SDJM(s) No.1 Kamrup District, Guwahati and granted four days transit remand.