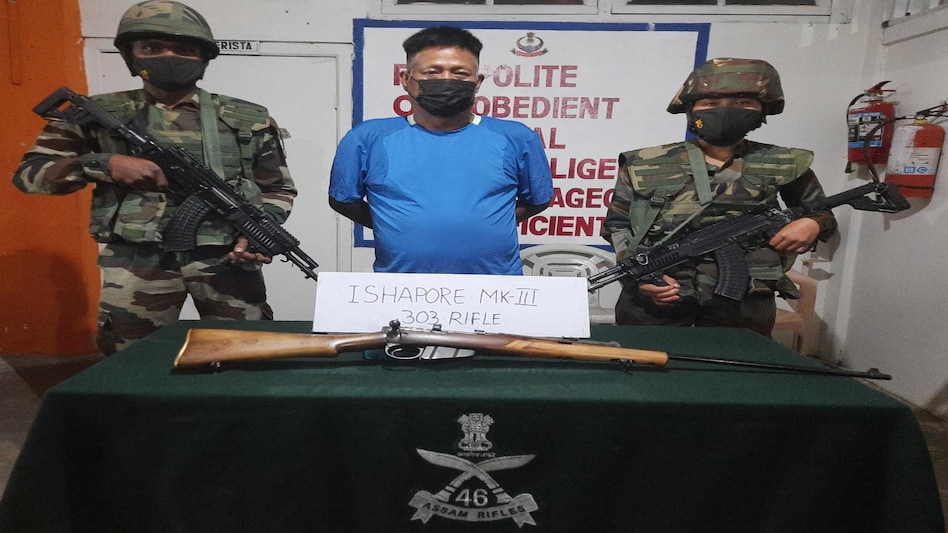 AIZAWL: The Assam Rifles and Mizoram police in a joint operation, raided a house here and recovered a Ishapore MK-III .303 rifle.

The joint team also arrested an individual on charges of illegal possession of arms.

The accused was later produced before the court following which he was sent to judicial custody.

This rifle is a reversion to an older model of Short Magazine Lee-Enfield, the Mark 3.

The rifle was widely used during the World War I.

To aid it's production during the World War I, the Short Magazine Lee-Enfield had been simplified, losing several features considered archaic in modern warfare.

However, Indian production reversed the trend, especially in regard to the magazine cut off which restricted the rifle to single shot operation except in extreme circumstances.

Indian Short Magazine Lee-Enfield rifles had this feature as a matter of policy.

Large numbers of SMLE rifles continued to be manufactured at Ishapore after Indian independence in 1947.