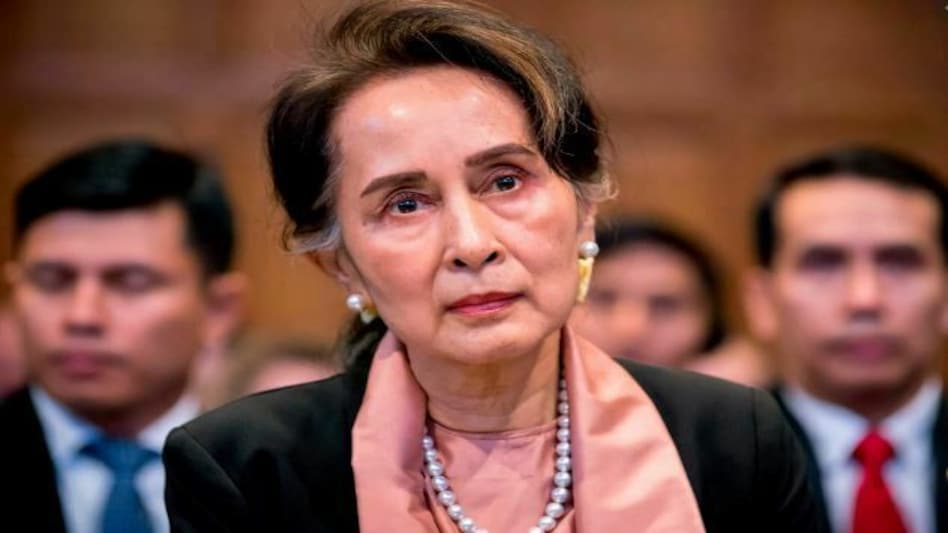 NAYPYIDAW: Myanmar's deposed civilian leader Aung San Suu Kyi today appeared before a court a day after a UN envoy warned of the possibility of civil war and an expected "bloodbath" as the junta represses pro-democracy demonstrations.

Since the military deposed Suu Kyi on February 1, more than 535 people have died in protests, putting an end to Myanmar's decade-long democratic experiment.

She urge the council to use all available means in order to take joint action and do what is right for Myanmar's citizens.

She said she was still willing to speak to the junta, but added: "The ground situation will only escalate if we wait until they are able to talk. A bloodbath is on the imminent.”

The emergency UN session took place on the eve of Suu Kyi's court appearance, in which she faces a slew of criminal charges that could result in her being barred from holding public office for the rest of her life.

Her legal team met with her for the first time on Wednesday, via video conference in a police station, after she was detained and arrested in the early hours of February 1.

Despite two months in custody, the 75-year-old has not been seen in public, but her lawyers said she seemed to be in good health.

The hearing on Thursday is expected to be brief, and to deal only with administrative aspects of the case.

The junta is also investigating the Nobel laureate over claims that she received gold and more than $1 million in cash, but one of her lawyers, Khin Maung Zaw said formal charges were unlikely at this time.

In the first week of April, a coalition of exiled MPs from Suu Kyi's National League for Democracy (NLD), who have been operating underground against the junta, have declared plans for "a new civilian government".

TMC published its manifesto in Meghalaya. What it means to the voter

Do you know who is Mr Tweet? Meet him.