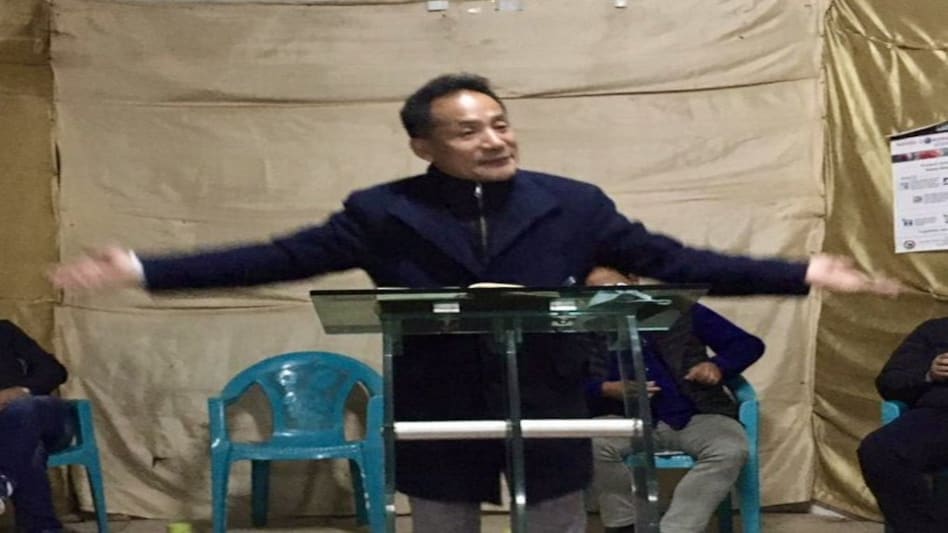 KOHIMA: Toshi Wangtung, Member of Legislative Assembly (MLA) of Tuensang constituency and Advisor to the Nagaland Government today passed away.

Toshi Wangtung breathed his last this morning in New Delhi.

Besides being the Advisor to the Department of Information and Public Relations (DIPR), State Council of Educational Research and Training (SCERT), and Village Guard, Wangtung was also a former leader of the Eastern Nagaland People’s Organisation (ENPO).

The political figures and others, Temjen Imna Along, Abu metha, Arvind Damani, Thomas Konyak Naga, R Khing, and many other leaders from across the state expressed their condolences on the demise of Toshi Wangtung.

"Deeply pained to have heard that our Hon'ble Advisor, Sh. Toshi Wangtung is no more with us. His sincere devotion towards the service for our people will always be remembered.! May God strengthens the bereaved family members in this Time of grief. May His soul rest in peace, " Thomas Konyak Naga tweeted.

"A very sad day for us! My deepest condolences to the friends, family, and supporters of Advisor Shri Toshi Wungtung Ji. Deeply saddened by his passing. He was a compassionate leader whose farsightedness, kind words, and deeds affected numerous lives. May his soul rest in peace," tweeted Nagaland  Deputy chief minister Yanthungo Patton.

"I'm shocked & deeply pained to learn my colleague Sh Toshi Wungtung, MLA&Advisor passed away in Delhi awhile ago. In his demise we have lost a young dynamic & forthright leader. My deepest condolences to bereaved family & well-wishers. May his soul rest in eternal peace," R Khing tweeted.
Toshi Wangtung made his political debut in the state legislature after winning the Shamator-Chessoreassembly constituency on an NDPP ticket in the 2018 election.