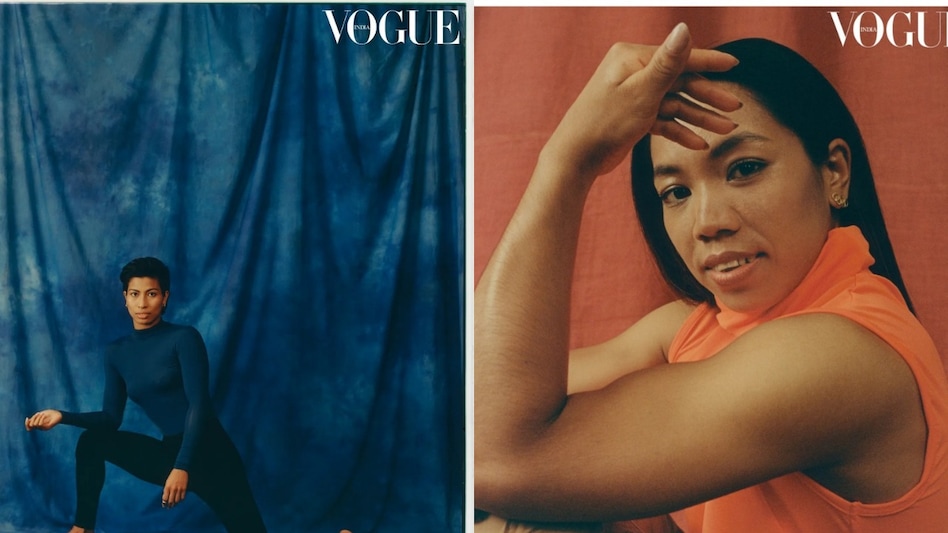 GUWAHATI: Lovlina Borgohain, Mirabai Chanu, and PV Sindhu, sports stars who have competed in the Tokyo Olympics 2020 games have featured on the cover of Vogue.

The 14th-anniversary edition of Fashion magazine was dedicated to the women athletes who represented the country at the Tokyo Olympics 2020.

"Determined to defy the odds,

">@LovlinaBorgohai’s bronze success at the Tokyo Olympics is not just a story of resilience but one of grit that every girl can aspire to. Read to see more about our October 2021 cover stars," the Vogue India write for Lovlina onTwitter.

For Mirabai Chanu, it wrote, "In a year that saw many sportspeople spark conversations around mental health, the silver lining for

">@Mirabai_Chanu was letting go of the mental burden faced by most athletes, and believing in herself. Read to see more about our October 2021 cover stars."

"India’s most marketable female athlete and one of the world’s highest-earning sportswomen, PV Sindhu’s bronze in the women’s singles established her place as one of India’s stars at the Tokyo Olympics. Read to see more about our October 2021 cover stars," the Vogue India wrote for PV Sindhu.

In the cover story, Lovlina Borgohain, who is only the third Indian woman to win an Olympic medal after Vijender Singh and MC Mary Kom, tells about the difficult journey that brought her to success.

The magazine has revealed that how Kunjarani Devi Manipur sportswoman's victories in the arena inspired Chanu, as otherwise, the Olympic silver medalist aspired to be an archer.

While Sindhu believes that the country's younger generation is falling behind when it comes to sports engagement.

The Olympics were hosted this year under COVID-19-related limitations, and the event was held behind closed doors.

The Tokyo Olympics included over 11,000 athletes from over 200 countries.

With seven medals, India had its best-ever performance at the Olympics (one gold, two silver, and four bronze).