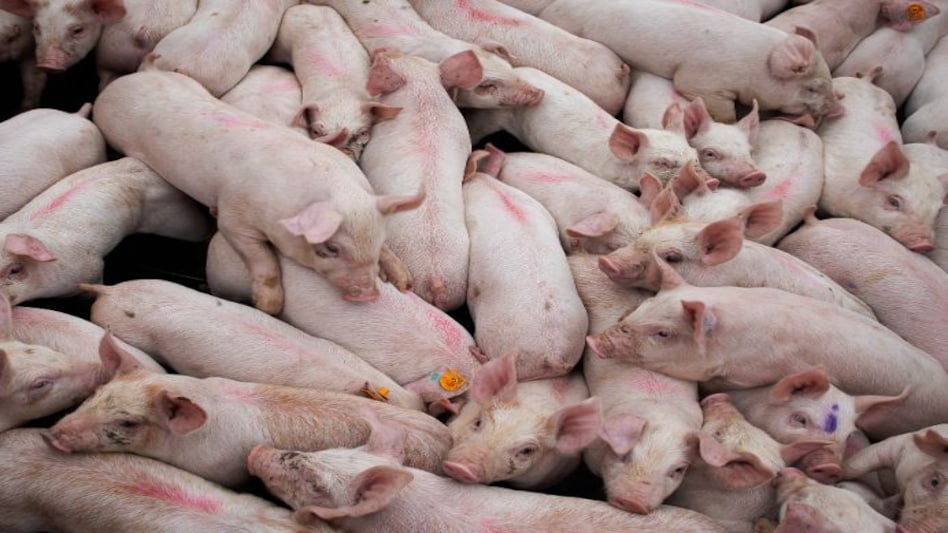 AIZAWL: The death of over 80 pigs in south Mizoram's Lunglei district over the past two weeks has triggered panic in the region near the Bangladesh border, an official said.

The 87 pigs death in Lungsen village have resulted in loss of Rs 40 lakh, official sources said.

Though the cause of death has not been ascertained, the animals are assumed to have died of African Swine Fever (ASF), said Lalhmingthanga, joint director of the animal husbandry and veterinary department. On March 21, the first death was confirmed and veterinary officers were dispatched to the village to determine the cause, he said.

The National Institute of High Security Animal Diseases (NIHSAD) in Madhya Pradesh is yet to perform an ASF confirmatory test, Lalhmingthanga added.

Today, a preliminary test will be conducted at the College of Veterinary Science and Animal Husbandry to see whether the dead pigs are suspected of having AFS.

On April 2, the government issued a warning for ASF in the state, declaring Lungsen village as an infected area and enforcing prohibitory orders under CrPC Section 144, according to sources.

The measure is being taken in conjunction with the ASF Prevention and Containment National Action Plan, even though the actual disease has yet to be identified.