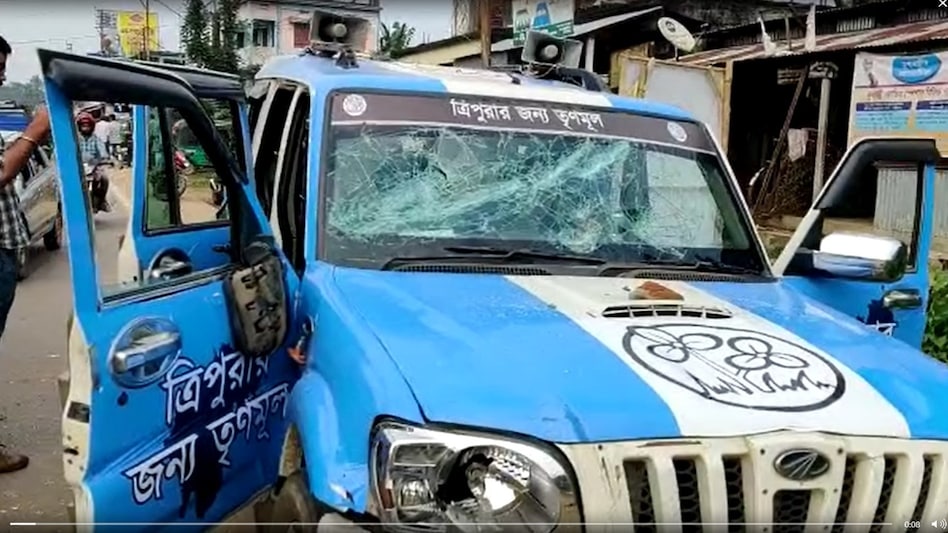 AGARTALA: Sushmita Dev, Trinamool Congress MP's car was attacked by Bharatiya Janata Party (BJP) workers today. She herself, who has party's campaign in Tripura for the 2023 assembly elections has alleged the attack.

According to reports, her car was allegedly attacked by the BJP workers,  when Sushmita Dev was campaigning in a car for the 'Tripurar Jonno Trinamool' drive.

Later she filed a police complaint at the Amtuli Police Station in the West Tripura district.

The party in a statement said that the attack also vandalised the party's cars that were being used for the Tripura campaign.

The party further said that besides Sushmita Dev, some I-PAC employees who were working on the TMC's Tripura campaign were also attacked by the BJP workers and took their phones.

Trinamool Congress leaders have been visiting Tripura over the past few months, with the party hoping to gain traction in the state ahead of the 2023 assembly election.