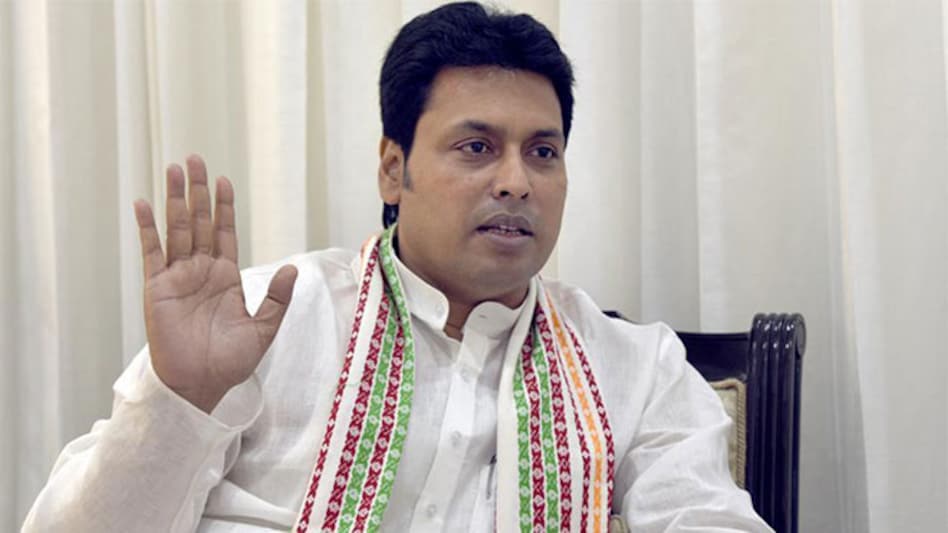 He has also alleged that BJP is trying to enter the council from the "back door" as they don’t have the numbers to make an impact.

It may be mentioned that on Monday evening, a no-confidence notice was submitted to the Governor of Tripura, which was signed by 15 members of the TTAADC against the CPM run council. But on Tuesday, 23 out of 28 TTAADC members attended a CPM meeting at the party headquarters.

After the meeting at night, the CEM Radha Charan Debbarma along with others met with TTAADC Chairman Ranjit Debbarma and Chief Executive Officer Balin Debbarma, and told them that the CPM have enough numbers to run the TTAADC.

TTAADC has 30 members, and among them, 28 are elected members, while 2 are members nominated by the Government.

Among the 28 elected members, all were elected in the last TTAADC election with CPIM symbol. But one Joy Kishore Jamatia, who was expelled from the party, later joined BJP.

Jay Kishore Jamatia and Patiram Tripura went to Governor house on Monday and submitted the no-confidence notice. They showed that that notice was signed by 15 members.

On Tuesday, Radha Charan Debbarma told that, it said that it was a conspiracy against the CPIM ruled TTAADC. The conspiracy allegedly hatched by Jay Kishore Jamatia and Patiram Tripura with the help of the Chief Minister and Deputy Chief Minister.

Radha Charan alleged that CM and Deputy CM have indulged in the conspiracy. He said that the two members submitted a letter before the Governor seeking no-confidence motion against present council using forged signatures.

Among the 13 signatures in the letter, maximum are forged and only few members put their signatures on blank paper for hike of pay and pension of the members, but Patiram and Joykishore used the letter for a political conspiracy to topple the present council of ADC, said Radhacharan.

He added that except two members, all the elected members of the ADC are united and stand with the party. He claimed that the State Government is not cooperating with the TTAADC and they are not giving proper funds to the ADC.

Legal action will also be taken against the traitors in the CPI-M party who forged signature of colleagues, he said.