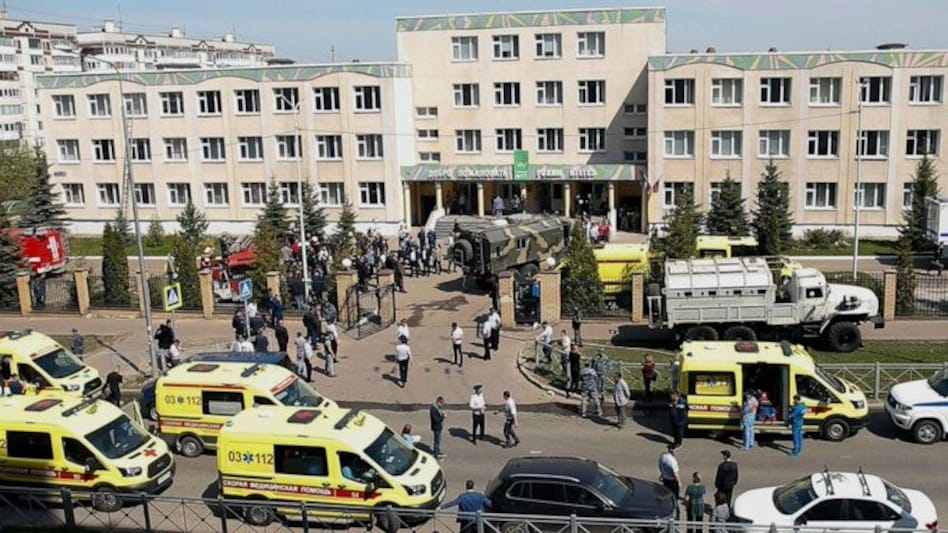 MOSCOW: As many as seven school children were killed and many more were injured tofday after a lone teenage gunman opened fire in a school in the Russian city of Kazan.

In a video taken by an onlooker and circulated by Russia's RIA news agency, two children can be seen leaping from the third floor of the four-story School Number 175 to flee as gunshots rang out.

Among the seven children, four were boys and three girls.

At least 16 people, 12 children, and four adults are admitted in a hospital, Rustam Minnikhanov, the head of the wider Tatarstan region.

The attacker has been arrested. He's a 19-year-old gun owner who has been formally licenced.

Minnikhanov said there was no proof that anyone else was involved in the attack, which he defined as a major tragedy for the entire country.

Kazan is the capital of Tatarstan, a Muslim-majority area located about 450 miles (725 kilometres) east of Moscow.

Here is a list of some of the worst school shootings in the last decade around the world: