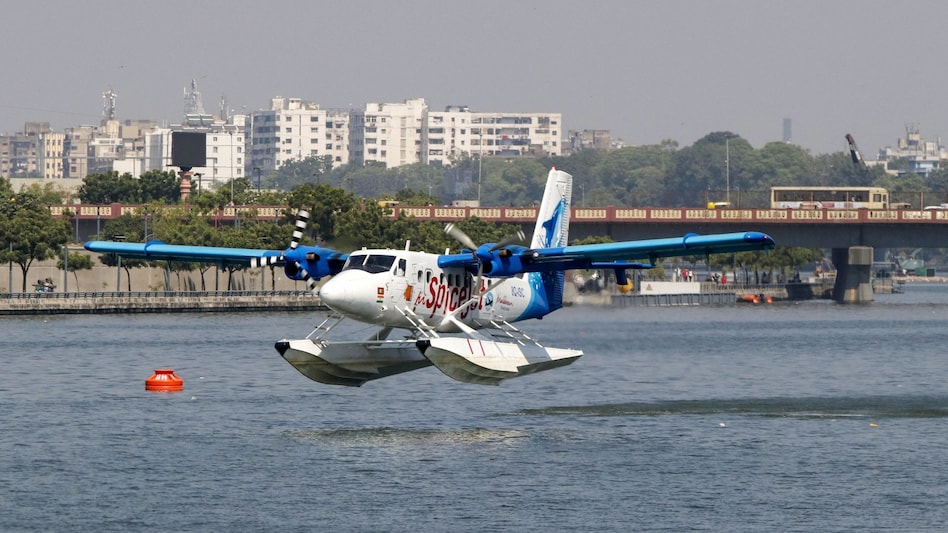 The chairman and managing director of SpiceJet, Ajay Singh, on Saturday (October 31) has said that SpiceJet has received as much as 3,000 bookings for the route between Sabarmati riverfront and Statue of Unity shortly after the launch of operations in Gujarat.

“Prime minister Narendra Modiji encouraged us a lot to begin this flight and today he not only inaugurated the flight, but he was also our first passenger. This the country’s first scheduled sea plane service that will connect Statue of Unity to Ahmedabad,” Ajay Singh addressed.

The aircraft has the capacity to accommodate 15 passengers, two pilots and an attendant.

“We will be trying to connect Statue of Unity with other cities. Our first attempt will be to connect Surat. The existing (one-way) fares will be between Rs 1500-5000… It is not like any other common flight. It is a special experience as it would fly at low altitudes from where the surrounding beauty can be seen near Statue of Unity. People who have a habit of uploading pictures of social media will be able to capture very good pictures on this flight,” he added.

Spice Jet began taking bookings on http://www.spiceshuttle.com for the sea plane service between Ahmedabad and Statue of Unity on Friday.

“There were too many bookings and so we have now started making a list of people who are interested. We will be intimating them. From tomorrow there will be regular commercial flights… The demand seems to be pretty overwhelming. We have received 3000 requests so far. We had started bookings last night,” Singh said.