The development comes after supporters of one of the BJP's intending candidates on January 22 staged a protest at the Dimapur residence of Deputy Chief Minister Y Patton. 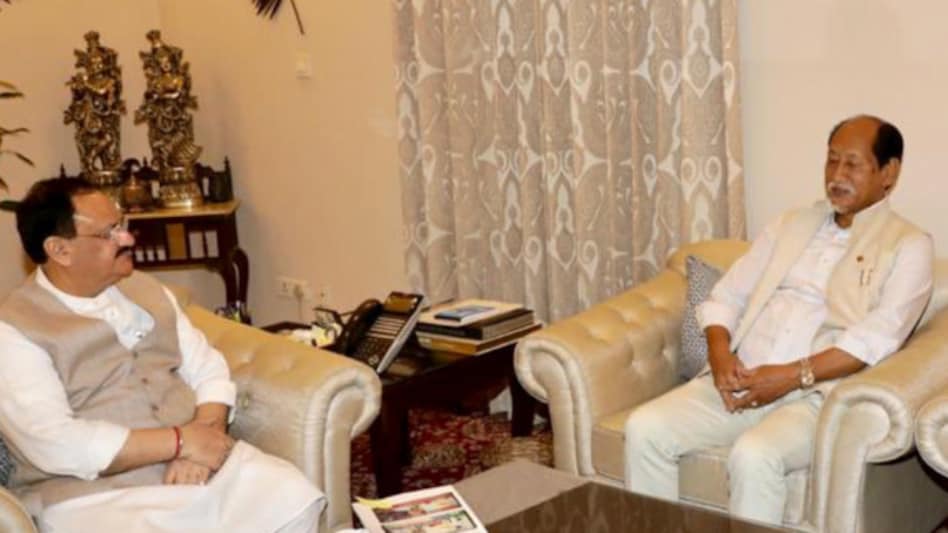 Central committee to rethink over seat sharing arrangement between BJP-NDPP

The central committee of the Bharatiya Janata Party (BJP) in Delhi has decided to intervene in the latest row of seat-sharing arrangements between the BJP and NDPP in Nagaland.

As per sources, the decision was taken after the protest at Deputy Chief Minister Y Patton's residence in Dimapur.

Supporters of one of the BJP's intending candidates on January 22 staged a protest at the Dimapur residence of Deputy Chief Minister Y Patton.

The protestors were demanding a ticket for their candidate. There has been speculation that there has been widespread resentment among many party workers against the 40-20 seat-sharing deal.

Also Read: Nagaland: BJP to retain its alliance with NDPP, to go ahead with 40:20 seat sharing module , says Nalin Kohli

Delhi is likely to take a decision on the matter will be taken before January 29, 2023.

Earlier Nalin Kohli, the BJP state in-charge said, “There is no confusion on the alliance. It’s an imaginary confusion. Last time, the BJP and NDPP fought in a 40:20 understanding, where the BJP won 12 out of 20 seats they contested. This time the central leadership of BJP has already announced the seat sharing and alliance between the two parties. Of all that remains, the discussion and finalizing the exact seats that have to be contested by each party."

Assam Chief Minister Himanta Biswa Sarma, who is also the NEDA convenor, said that a final agreement on seat sharing between BJP and NDPP in Nagaland would be finalised in New Delhi on January 18-19 during a press conference held in Guwahati. Both BJP and NDPP will be finalising the seat sharing formula ahead of the state elections in Nagaland.