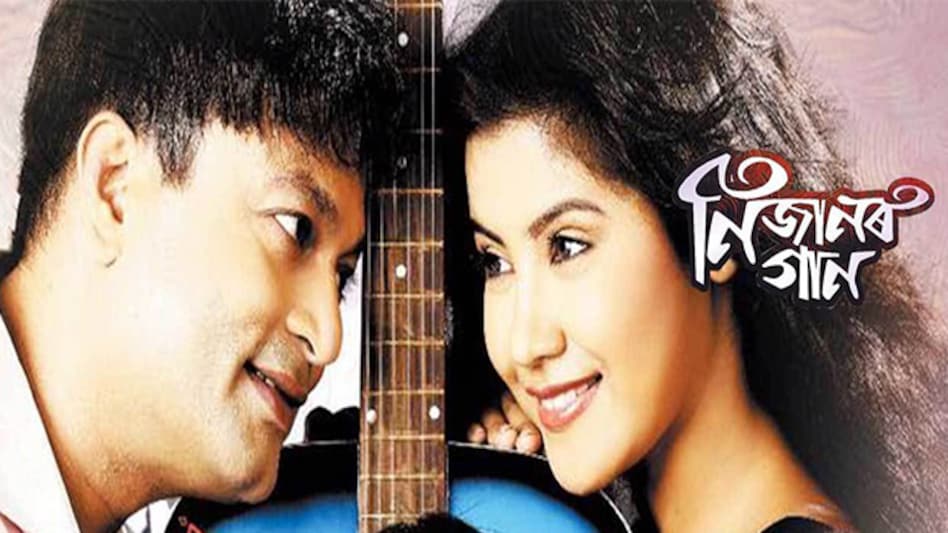 Eminent numbers of Assamese films are all on its way to the theaters by excellent film makers of the industry.  Nijanor Gaan an another promising assamese film is all set to hit the theatres on March 16th all over Assam, Mumbai, Banglore and Delhi. The story of the film is written by Munin Baruah , directed by  the eminent personality Munna Ahmed and produced by Haider Alam Azad.

Nijanor Gaan is featured under thebanner of A.R International. The music is directed by Jatin(Maina) and all the voices contributed by Zubeen Garg, Angarag Papon Mahanta, Nahid Afrin and Mahalakshmi Iyer. The film is also assisted by quite good numbers of assitant directors like Bitupon Mahanta, Amin Ahmed and Paresh roy.

With a very strong message that “the ladder of success is very tough to build up while the downfall of success can happen within a second, so one needs to be very careful while climbing the ladder of success”. The director is film is hoping that this film will be a turning point for the Assamese Industry.