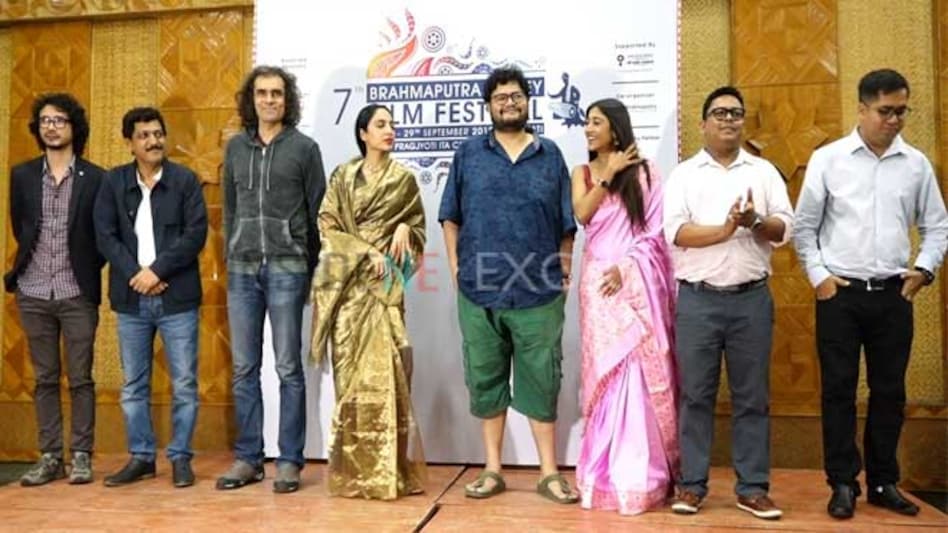 The 7th Brahmaputra Valley Film Festival 2019 has commenced on Wednesday at Pragjyotish ITA Centre in Guwahati.

Renowned film personalities and stalwarts such as Imtiaz Ali, Shobita Dhulipala, Paoli Dam, Karan Oberoi, and many others will take part in the four-day Brahmaputra Valley Film Festival 2019.

Director Imtiaz Ali said, “The simplicity and the innocence of the people of Assam is so heartening and welcoming, that it makes me want to visit the place again and again.”

Shobita also looks forward to be part of a film that would be screened at the festival in the future.

An opening ceremony with M Choir from Mizoram performing took place with the special guests of the festival being felicitated.

‘Shantilal O Projapoti Rohosyo’ directed by Pratim D. Gupta was the opening film. The movie, starring Ritwick Chakraborty and Paoli Dam, is about a deadbeat weather reporter and a glamorous and ambitious movie star. When their worlds collide, it turns into a rollercoaster adventure ride from Kolkata to Chennai to Singapore. By the end, a new detective is born.

A short film ‘Aapke Aa Jaane Se’ directed by Shiladitya Bora was also screened beforehand. Over the four days of the festival, acclaimed films such Daughters of the Polo God, Strawberry Point, Widow of Silence, The Least of These: The Graham Staines Story, Picasso, Jacqueline I Am Coming, Nana: A Tale of Us will also be screened.

T for Tajmahal by Kireet Khurana will be the closing film of the festival.