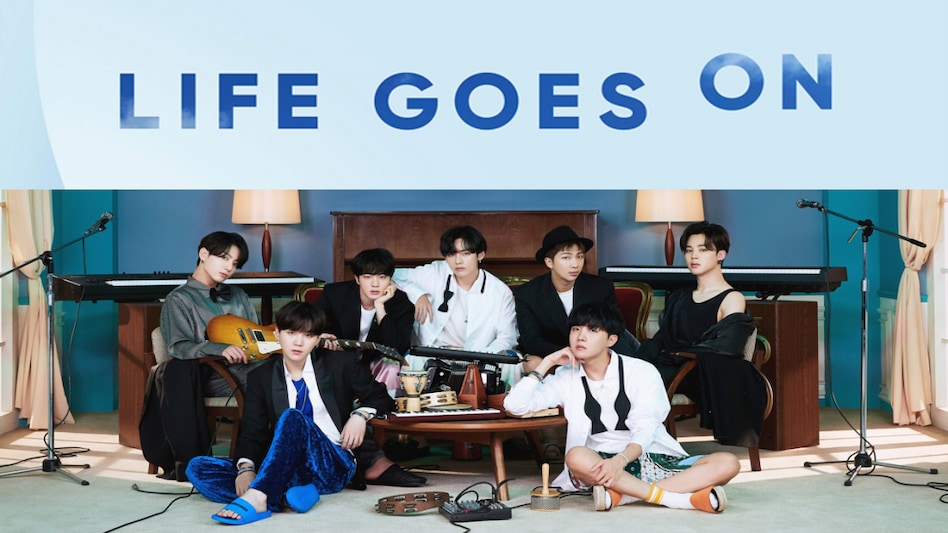 BTS has done it again! The group's latest single 'Life Goes on' has become the first ever Korean song in Billboard history to get #1 on the Hot 100 chart.

It is also the band's first all-Korean language song that has topped the chart. BTS' previous #1 Dynamite was an all English song. BTS now becomes the only act in history to have multiple #1s debut (directly charting) on Hot 100. BTS now joins Taylor Swift as the only acts in history to debut both song and album at No.1 on Hot 100 and Billboard 200 chart in the same week.

During an interview with Elle magazine in 2017, Member Suga mentioned that he would like to see BTS enter the Billboard Hot 100 chart with a single that has Korean lyrics.

The band went No.1 with 'Savage Love.' It was a collaboration song with Jason Durelo and had Jhope and Suga rapping in Korean.

ALSO READ: Himanta Biswa Sarma: Bride and groom will have to declare religion before marriage under new Law

But Life Goes On is a Korean song. It is only BTS getting No.1 without any collaboration. LGO also has only one version released on spotify, apple music and other major streaming platforms. There were no remixes of the song.

Life Goes On also debuted at #1 on the week's Digital song sales chart with over 129K copies sold in the US. With the album's side-tracks Blue and Grey, Stay, Telepathy, Dis-ease and Fly to My Room occupying #2 to #6 spots on the chart, respectively. Even the "skit" made it to 9th position.

The BTS fandom are happy beyond anything right now. With BTS related keywords occupying 9 out of Top 10 twitter trends, the fans are ecstatic.

Billboard charts announced on its official Twitter handle, "@BTS_twts "Life Goes On" officially debuts at No. 1 on this week's #Hot100.