News
Entertainment
Semkhor navigates through the medium of reality in a fictional setup: Aimee Baruah 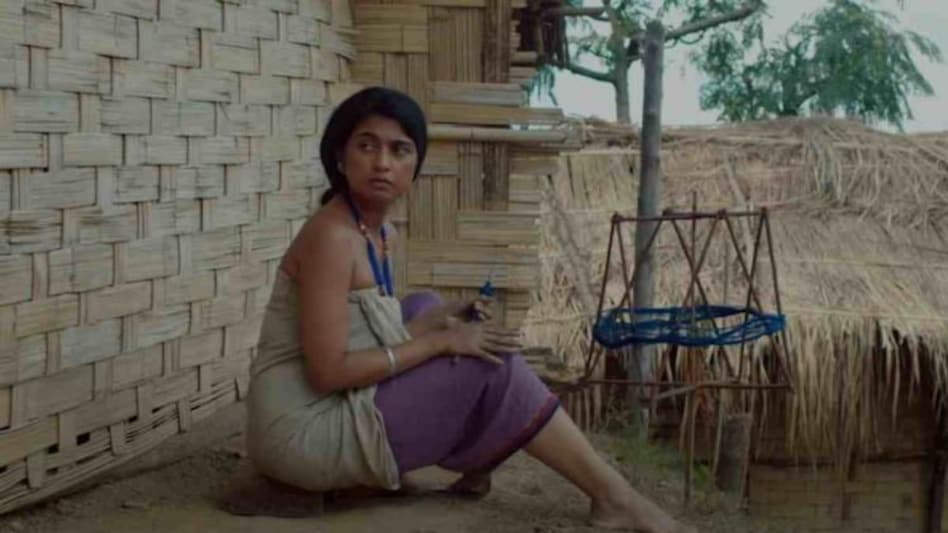 Semkhor, a gut-wrenching story from the hills of Dima Hasao fearlessly leads the viewer to an undoubtedly weighty, shocking, and yet fascinating adventure into the notions of complete loss, harrowing decisions, embittered outlooks, the ways society can be so cruel in the name of longstanding custom and tradition.

The movie is of such excellent quality that it isn't frightened of its darkness or intent but rather embraces it so that there are no uncertainties about how it is intended to influence us and so elicit the emotional responses and powerful ambiance that it should.

Moving forward to the storyline and the excellent performance of the characters will say that Aimee Baruah has given a tour-de-force performance with incredible emotional endurance and elegance.

However, when circumstances occur that so brutally and dramatically transform her entire existence to unthinkable and unending proportions, she comes to realize the cruel and merciless nature contained within their people's customs that calls out for transfiguration even more plainly.

Aimee Barua explained her thrilling yet adventurous 45 days of shooting experience and shared some interesting anecdotes on her sojourn to the world of Semkhor with IndiaTodayNE.

Why should one watch Semkhor?

We can't say that it's a masterpiece or something as this is my first film as a director and I believe that in this film I really wanted to showcase my beautiful Dima Hasao, their culture, attire, and beautiful language. And I feel really proud to say in front of the world that we have so many colours in our culture.

Tell us about the Samsa community that has been portrayed in the film and why they want to stay ‘untouched’ by worldly luxuries?

Nowadays they become a little bit familiar with the outside of the world but they are more unique than others. They truly believe in nature and they are really blessed with two salts where they will get the salts and all. So they never need anything else from outside of the world.

The community is apprehensive of outsiders. How did you manage to shoot the film and what is the intention behind making this film?

People can go there but they are never allowed to stay there at night especially. When the first time I came to know about Semkhor I read it accidentally on an old scrap of paper and came to know about their beautiful cultures and traditions and I was very excited. At that point in time, I really don't know anything about Dimasa. So after coming back I learned that language and then I went there and spent so many days with them. They might have thought that a non-Dimasa girl was staying with them for something so they allowed me.

Why did you take such a topic or what was the driving force behind you to zero on this story that is so intriguing yet problematic?

The first time I went to Semkhor, I never thought that I'll make a film or something but when I came to know about their beautiful cultures, attires, food habits, and traditions then I really decided to make a film with an honest decision. And I believe Cinema is a powerful medium for the reformation of social evil and superstitions.

What were the difficulties you faced while doing this movie?

There were so many difficulties like they were no proper place to stay. We were staying down the hill and every day we had to travel one hour to reach that village. There were so many different kinds of snakes, I have never seen them before like scorpions. So it was quite challenging but we made it because my team was very strong and they supported me a lot. We stayed there for 45 days without the internet. And in that 45 days, I realized that we can be happy without technology which was a big lesson for me.

Members of the Dimasa Community have alleged you have projected factually incorrect practices of the community, your take on this

Semkhor is fictional and it is not based on a true story. I wanted to promote beautiful Dimasa. In the disclaimer, I mentioned that the story is a work of fiction. They don't know about the storyline and without watching the film how can they protest? Because the film has not been released yet. Actually, this storyline is from one of my friends. We put his idea in Semkhor, I only wanted to showcase their beautiful landscape, their attire, and language that's all. I even mentioned it in the disclaimer. So this is some kind of miscommunication, when the film is released they will see that by themselves.

Your transition from an actor to a filmmaker

As an actor, I can't express my feelings in someone else's direction.  So there are so many things I want to say so I take it as a privilege and enter filmmaking.

(Disclaimer: ‘SEMKHOR’ is a work of fiction set in landscape of Dima Hasao. Neither the content nor the producer the director or any other persons associated with this film intend to offend or hurt any sentiments beliefs, practices or customs of any community and culture).