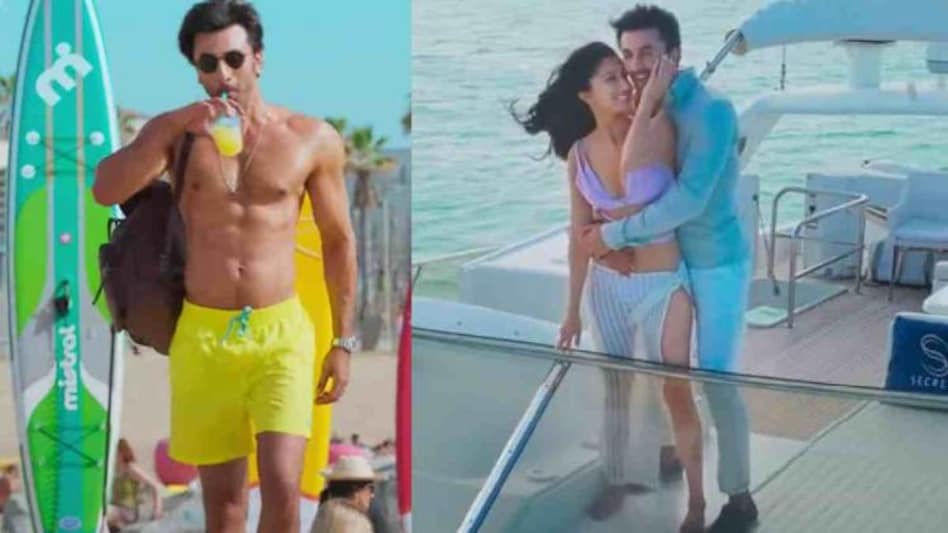 Anubhav Singh Bassi, a well-known stand-up comedian, will make his film debut acting in the movie. Director Luv Ranjan, sticks to his genre of Rom-Com. However, the director has added some daring sequences in the movie mixed with the lovey-dovey things.

Bollywood actor Aliaa Bhatt also took to Instagram and shared her wishes for the film, In a post, she wrote, "truly one of my most favourite trailers !! Tu Jhoothi Main Makkaar releasing 8th March 💕💘".

The film's trailer garnered excellent feedback from audiences; it would be intriguing to see if Ranbir Kapoor can recapture his chocolate boy persona.

The first look of Tu Jhoothi main Makkar will undoubtedly give the 'Ajibo-Garib romance' of the year.

The Ranbir-Shraddha starrer delivers on its moniker by delivering a terrific combination of sweetness and making the relationship feel ageless and full of opportunity.

On the other side, it has gone all-out with daring and edgy content, putting everything at it. Ranbir Kapoor, on the other hand, seems to be working hard to resurrect his chocolate boy image, but it is entirely up to the audience to determine if they are excited about this or not.

The cast of Tu Jhoothi main Makkar features Ranbir Kapoor, Shraddha Kapoor, Boney Kapoor, and Dimple Kapadia. Kartik Aryan appears in the film as a cameo, which is not surprising given Kartik's luck with Luv Ranjan's films.