Two senior Chinese security officials, including a powerful former justice minister, were sentenced to death with a two-year reprieve for corruption and abuse of power as the anti-graft campaign of President Xi Jinping gathered new momentum ahead of the next month’s Communist Party Congress which is expected to endorse a record third term for him. 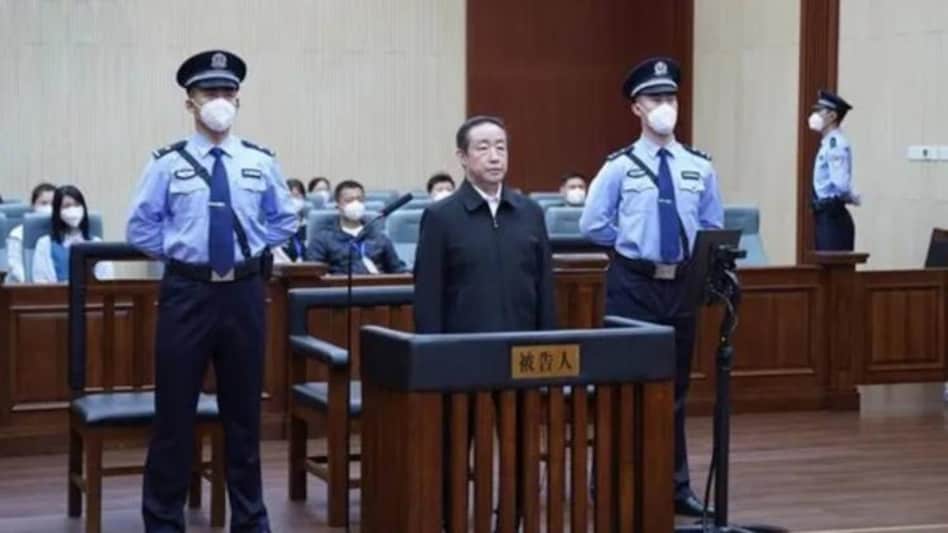 Two senior Chinese security officials, including a powerful former justice minister, were sentenced to death with a two-year reprieve for corruption and abuse of power as the anti-graft campaign of President Xi Jinping gathered new momentum ahead of the next month’s Communist Party Congress which is expected to endorse a record third term for him.

Fu Zhenghua, former Justice Minister and one of China’s most powerful police chiefs, was on September 22 sentenced to death with a two-year reprieve by the Intermediate People's Court of Changchun in northeast China's Jilin Province for corruption amounting to USD 17.3 million and abuse of power.

Hours later, the same court gave a similar sentence to former Jiangsu official Wang Like. He was also sentenced to death with a two-year reprieve for bribery, conniving with criminal gangs and faking identity cards, official media here reported.

The convictions coming ahead of the October 16 CPC Congress, which is widely expected to confer a rare third five-year term for Xi, set off speculations that the anti-graft campaign has picked up new momentum.

The anti-corruption campaign started by Xi, 69, after he came to power in 2012 sent shock-waves across China as over a million officials, including dozens of top military officers, were punished.

Xi, who heads the CPC, the military, besides the Presidency is due to complete his ten-year tenure later this year. He is widely expected to be endorsed for a record third term by the CPC's once-in-a-five-year Congress.

If endorsed, he will be the first CPC leader after founder Mao Zedong to continue in power beyond two terms and perhaps for life.

Fu, 67, was once regarded as a rising star in the ruling Communist Party of China, (CPC) as he led the investigation into former security czar Zhou Yongkang, who along with his family and officials who worked with him bore the brunt of the anti-graft campaign. Zhou, the highest-ranking politician of the previous Hu Jintao administration, was sentenced to life in prison in 2015 for corruption and abuse of power. Prosecutors alleged that Fu took advantage of his official authority or position to seek gains by helping others with their business operations, official positions, and legal cases.

The Intermediate People's Court of Changchun in Jilin Province established that Fu, former deputy head of the Committee on Social and Legal Affairs of the National Committee of the Chinese People's Political Consultative Conference, took bribes by abusing power in various positions he held between 2005 and 2021, state-run Xinhua news agency reported.

The court also found that Fu, when working as head of the Beijing Municipal Public Security Bureau from 2014 to 2015, shielded his younger brother who was suspected of serious crimes from investigation and prosecution. Fu was deprived of his political rights for life, and all his personal assets were confiscated, the court said.

The sum of bribes Fu had taken was massive, and his crimes caused a heavy loss to the interests of the state and people, the court said.

However, a lenient sentence was granted, considering that Fu had confessed to his crimes and showed repentance and had been cooperative in returning his illegal gains.
Fu who previously had also served as vice minister of public security and the minister of justice was accused of accepting money and gifts worth 117 million yuan (about USD 17.3 million) either directly or through his relatives.

Over a million officials of the CPC and dozens of top officials of the Chinese military have been punished in the sweeping anti-corruption campaign carried out by Xi. Critics say the anti-graft campaign has helped Xi to firm up his power base.

Like Fu, several former officials have been sentenced to death with reprieve. The reprieve is linked to their good conduct in the prison.