Israel unleashed a wave of airstrikes on Gaza on Friday, killing at least 8 people, including a senior militant, and wounding dozens, according to Palestinian officials. 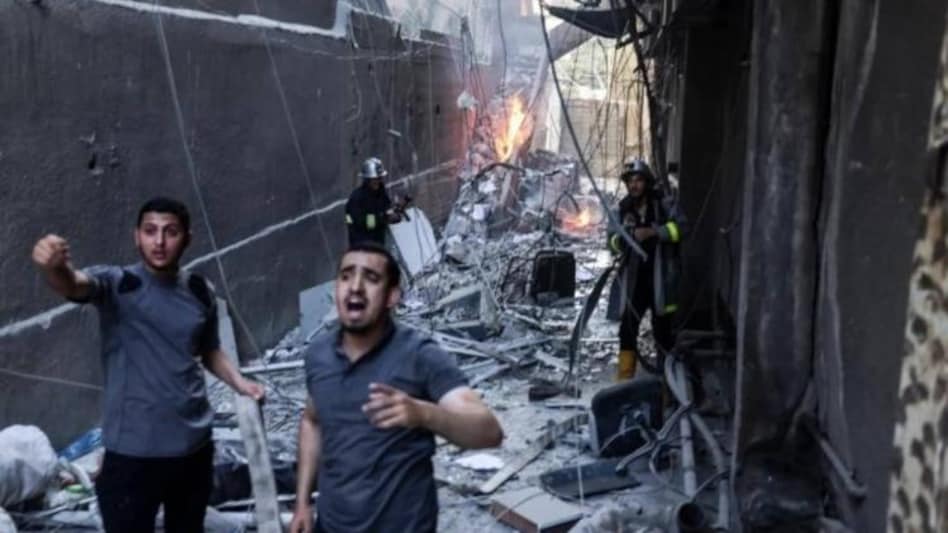 Israel unleashed a wave of airstrikes on Gaza on Friday, killing at least 8 people, including a senior militant, and wounding dozens, according to Palestinian officials.

Israel said it was targeting the Islamic Jihad militant group amid days of heightened tensions following the arrest of a senior militant in the occupied West Bank earlier this week.

The blast could be heard in Gaza City, where smoke poured out of the seventh floor of a tall building on Friday afternoon.

In a nationally televised speech Friday night, Israeli Prime Minister Yair Lapid said his country had launched the attacks based on concrete threats.

“The Israeli government will not allow terrorist organizations in the Gaza Strip to set the agenda in the area adjacent to the Gaza Strip and threaten the citizens of the State of Israel,” Prime Minister Yair Lapid said in a statement. “Anyone who tries to harm Israel should know: We will find you.”

The Palestinian Health Ministry said eight people were killed, including a 5-year-old girl, and at least 40 were wounded. Islamic Jihad said a Gaza commander, Taiseer al-Jabari, was among those killed.

The Israeli military said it was targeting Islamic Jihad in an operation named “Breaking Dawn.” It also announced a “special situation” on the home front, with schools closed and limits placed on other activities in communities within 80 kilometers (50 miles) of the border.

Israel had closed roads around Gaza earlier this week and sent reinforcements to the border as it braced for a revenge attack after the arrest of the Islamic Jihad leader in the occupied West Bank on Monday. A teenage member of the group was killed in a gunbattle between the Israeli troops and Palestinian militants.