Myanmar junta forces have reportedly used around 100 civilians as human shields during a raid on Moebye Town in southern Shan State on September 19. 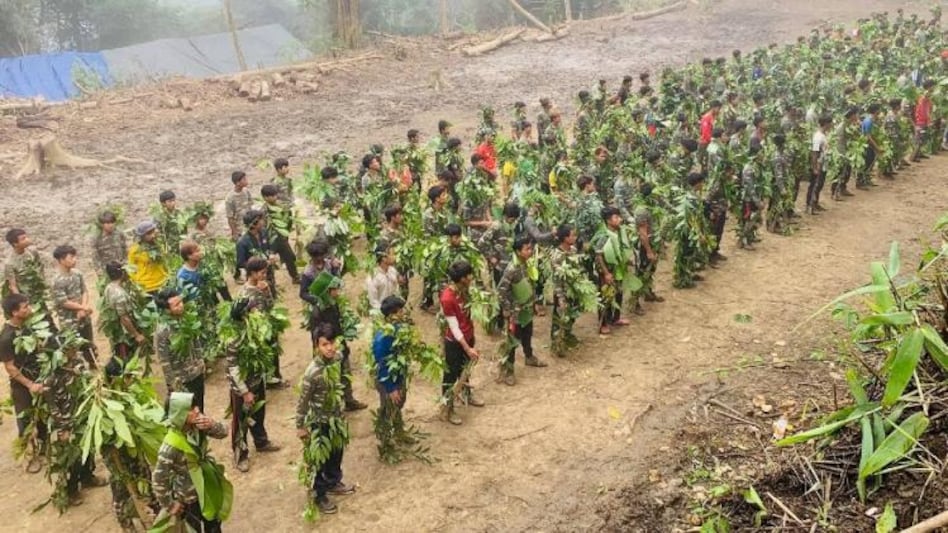 Myanmar junta forces have reportedly used around 100 civilians as human shields during a raid on Moebye Town in southern Shan State on September 19.

On September 19 morning at 2 am, two Myanmar military columns with armoured vehicles raided Moebye after pounding the town with artillery fire for an hour, said the Moebye-People’s Defense Force (PDF).

The junta raid came a week after military regime forces were forced to retreat from Moebye after taking heavy casualties during four days of intense clashes with resistance groups.

On September 19, a combined force of PDFs and ethnic armed organisations (EAOs), including the Karenni Nationalities Defense Force (KNDF) and the Karenni Army, attacked junta soldiers trying to raid the town.

According to the Moebye-PDF, it is said that during the firefight, two resistance fighters were killed and another suffered serious injuries. However, Junta casualties are unknown.

Resistance groups said that to deter PDF attacks, regime authorities utilised around 100 civilians who were trapped in two monasteries in Moebye as human shields.

It is also reported that large numbers of regime troops, many wearing civilian clothes, have deployed across much of the town.

According to Mobye Rescue Team, four civilians, including two children, were killed in the town when junta forces shelled a religious building sheltering displaced people, which helps refugees in the town.

From September 8 to 11, fierce clashes took place in Moebye when PDFs and EAOs attacked regime soldiers attempting to occupy the town.

Along with the nearly daily attacks from PDFs and EAOs, regime troops have intensified their indiscriminate attacks on both civilians and resistance targets nationally.