28-year-old Washington-based lawyer Naomi Biden married Peter Neal, 25, a law graduate, on the mansion's South Lawn in an 11:00 am ceremony witnessed by about 250 guests, according to the White House. 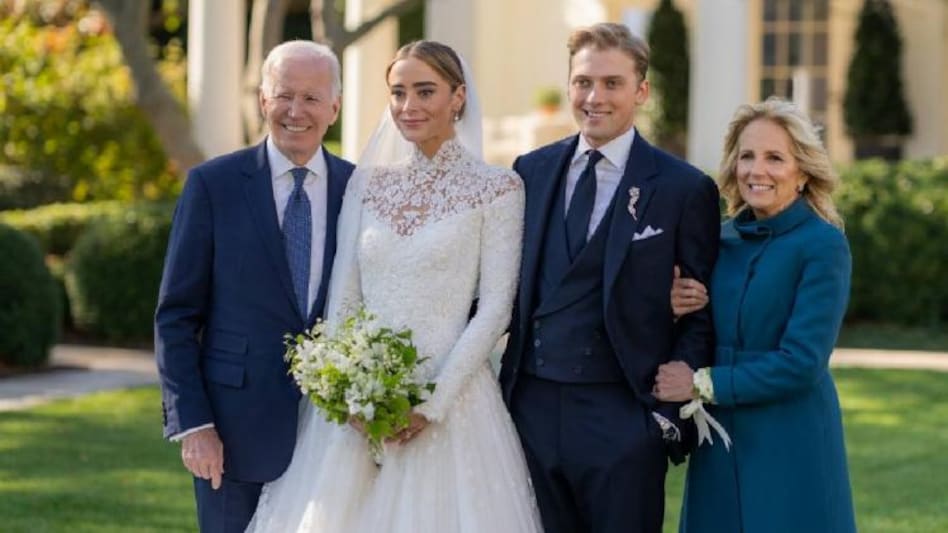 President Joe Biden is turning 80 this weekend, but the big bash at the White House is for an entirely different and more youthful occasion. Naomi Biden, Biden’s oldest granddaughter, married Peter Neal on the White House South Lawn on November 19.

The 28-year-old Washington-based lawyer married Peter Neal, 25, a law graduate, on the mansion's South Lawn in an 11:00 am ceremony witnessed by about 250 guests, according to the White House.The grounds were suitingly decorated with white flowers, as invitees in rows looked on.Naomi Biden is the daughter of the president's son Hunter.

The White House in its brief statement said the Bidens hosted a wedding luncheon for family and the wedding party in the State Dining Room, and a reception with dancing was planned for later Saturday.
Naomi Biden announced her wedding plans in September on her Instagram account, which features photos of vacations, the Biden clan and her day-to-day life.

Biden is very close to his grandchildren, who call him Pop and are often seen with him, even at some official events.

White House weddings are rare. There have only been 18 of them, with couples ranging from President Grover Cleveland and Frances Folsom, who wed in the Blue Room in June of 1886, to Pete Souza, President Obama’s White House photographer, and Patti Lease, who were married in the Rose Garden in 2013, in a small affair studded with blue flowers. Naomi Biden is the first grandchild of a president to marry there.