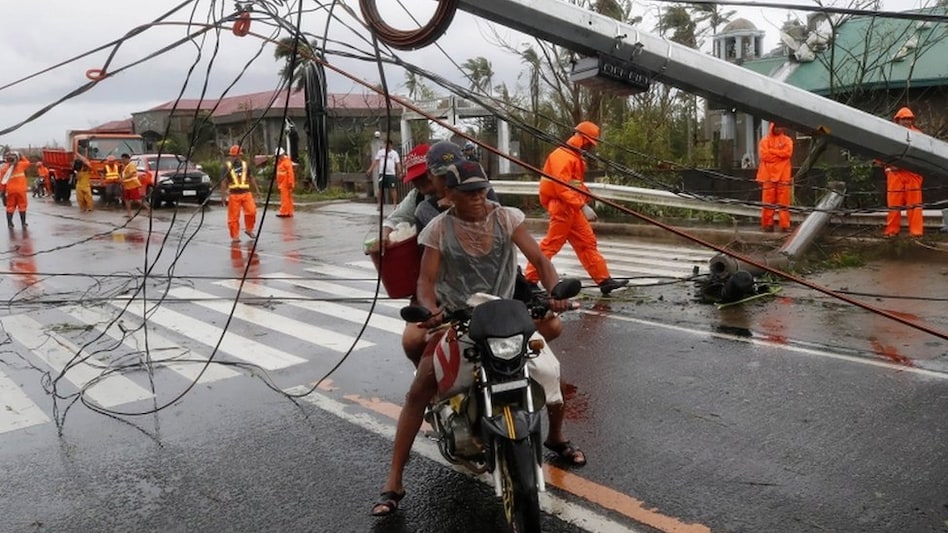 Goni is the strongest storm recorded in the world so far this year and ahead of its landfall in the Philippines was gaining further strength with 225 kph (140 miles per hour) sustained winds and gusts of up to 310 kph (190 mph).

In terms of strength, it is the equivalent of a Category 5 Atlantic hurricane.

This includes one hit by a tree and a five-year-old washed away after a river overflowed.

Up to 31 million people could be affected by the super typhoon, according to the Philippines' National Disaster Risk Reduction and Management Council.

Philippine authorities evacuated nearly one million people to safer ground as Goni, which is known locally as Rolly, approached the eastern provinces.

The typhoon weakened after hovering through the southern part of the Philippines' main island of Luzon.

The weather bureau downgraded Goni, the world's strongest storm so far this year, to typhoon category, with 215 kph (140 miles per hour) sustained winds and gusts of up to 290 kph (180 mph) after it made landfall in the Bicol region.

Tropical storm-wind alerts were lowered, but the weather agency warned in its 0300 GMT bulletin that Goni still posed a threat while traversing provinces south of the capital Manila.

Goni comes a week after Typhoon Molave hit the same region of the natural disaster-prone archipelago and killed 22 people.

The weather bureau also said it was also monitoring another cyclone, tropical storm Atsani, which could hit northern Luzon provinces in the coming days.