The Manipur chief minister also appealed to the other militants to surrender and come to the mainstream. 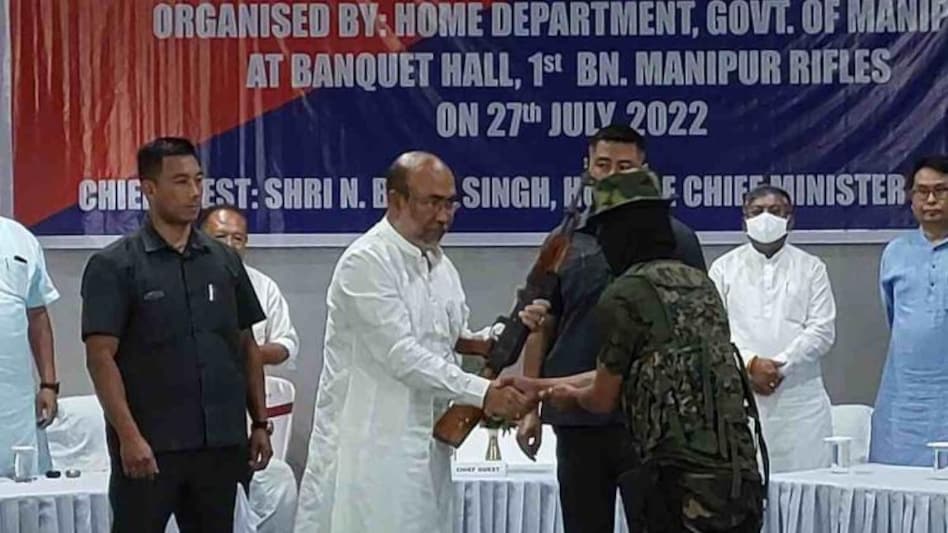 As many as 12 cadres of Liberation Tigers of Tribals (LTT) of Manipur today laid down their arms to the Chief Minister of Manipur N. Biren Singh in the homecoming ceremony, held at the Banquet Hall 1st Battalion, Manipur Rifles in Imphal West.

The surrendered weapons include one M16 Rifle, Two AK 56 rifles. One point 22 rifles, one double barrel gun, one carbine, two 9 mm Pistols, one lathode gun along with one Chinese hand grenade and handheld set.

Referring to the rehabilitation scheme for the surrendered militants in the Northeast state, which was revised in 2018, he said that people who have surrendered and laid down their weapons can avail of benefits under the scheme, which includes a one-time financial grant of ₹4 lakhs to each surrendered cadre.

The homecoming ceremony was attended by the Chairman, Deputy Chairman, and Army Chief of LTT, Ministers, MLAs, DGP, and the high and ranked officials of Manipur Police.