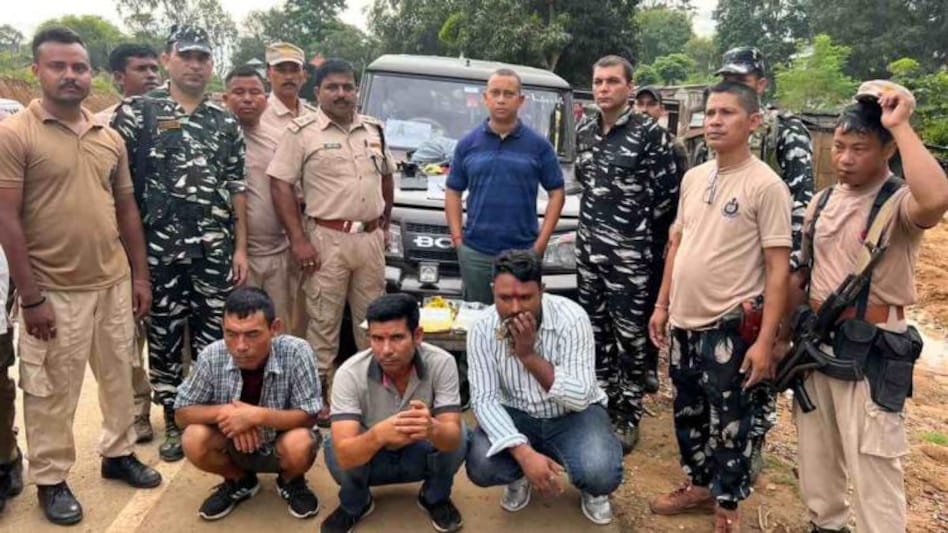 The narcotics were cunningly concealed by the smugglers inside the vehicle's (SK 03 P 1143) gearbox. The car also contained 1.383 grammes of heroin in addition to morphine and crystal.

The three drug dealers arrested have been identified as Rajesh Lakandri, Kumar Gajimer and Tangambou Marianmai. All three are from Imphal, Manipur.

The drugs were seized with a market value of more than Rs 10 crore, police sources said.

It is to be mentioned here that the vehicle carries a sticker of NHIDCL along with the name plate of ''On Duty Tul Govt of Sikkim Enterprise''. The consignment was on its way supposedly to be delivered in Siliguri.