As per police, the incident took place between 10.20 to 11.30 am. He was admitted to Raj Medicity but succumbed to his injury at around 1 pm. 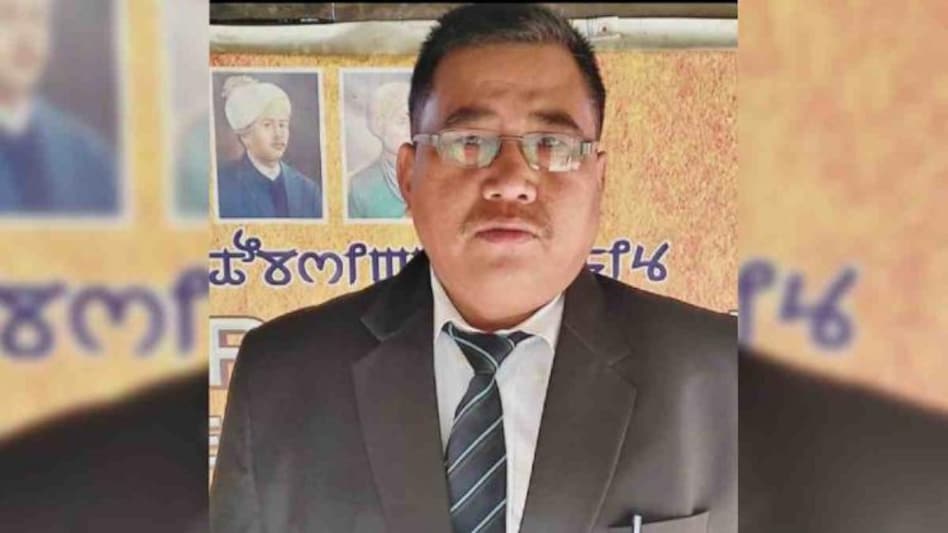 Following the incident, he was admitted to Raj Medicity but succumbed to his injury at around 1 pm. Later, his body was taken to Jawaharlal Nehru Institute of Medical Sciences for post-mortem.

According to a reliable source, two persons who came in an SUV car shot Rameshwar from close range and fled from the spot swiftly.

The source further said that a driver of a car was caught by the police and after a probe, he revealed that the person who opened fire was identified as Keshorjit from Haobam Leirak from Imphal West.

Later, the prime accused, who hails from Haobam Marak, surrendered before the police at Commando Complex in Imphal West district. The Police recovered A .32 caliber licensed pistol, two magazines, and nine cartridges from his possession.

"Killing a layman person is such a cowardly act. BJP Manipur Pradesh strongly condemned the incident," he said.

In another such incident, the death of a BJP worker in the Baithakhal area of the Patharkandi constituency in Karimganj triggered a furore in the area on January 23.

As per the family of the deceased, miscreants tried to turn the entire incident into an accident by killing a young man named Rono Sinha and dumping the body at the roadside near the national highway connecting Assam-Tripura.

However, who killed him is yet to be ascertained.

Besides this, the murder of Bajrang Dal member Sambhu Kairi a few days back in the Patharkandi constituency in Karimganj had marred the entire area and again another murder of BJP's 99th booth committee president Rono Sinha took place in the Baithakhal area under the constituency this time created tension and panic in the area.

It has also been alleged that the administration has failed following which one more murder took place.