“Ima Keithel” the Mothers' Market of Social Change and Movements 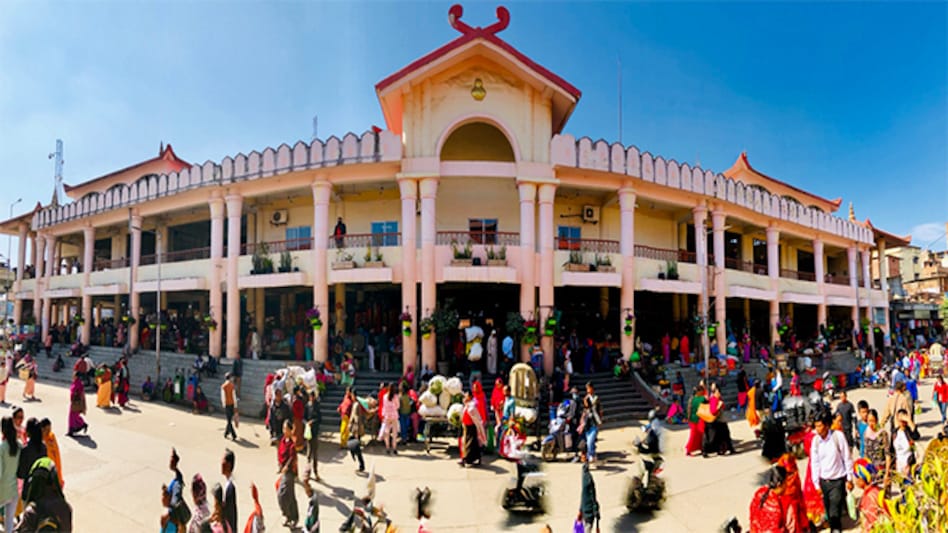 “Ima Keithel” the Mothers' Market of Social Change and Movements

The world is full of astonishing things, places, events, and phenomenons. Some are well known to the masses and some are yet to be explored. India is also a place where astonishing elements exist and occur. This write up is about the political, economic and social freedom of women which is very much need of the hour of our Indian society. ‘Ima Keithel’ is one such place where women enjoy political, economic and social freedom. “Ima Keithel” of Manipur is the only women’s market in our globe where apart from trade activities, the women of this market also act as a torch bearer in the social and political issues of Manipur and Northeastern regions.  This is a market where only married women are selling goods. Literally, ‘Ima’ means ‘Mother’ and ‘Keithel’ means ‘Market’, which means it is a market of women. Ima Keithel is located at the heart of Imphal City and it is comprised of three markets namely Laxmi market, Purana market and New market. Interestingly, today the names of these three markets were replaced by the indigenous name like Lingthoingabi Market.

The origin of “Ima Keithel” can be traced back from the ‘Lallup-Kaba’ system. Lallup-Kaba was an ancient system of forced labour where the King sent the men of Manipur to a faraway land for the collection of royal tax, cultivation and to fight wars. The women stayed back in the villages working in their paddy farm and selling the produce in the market and also looking after the household activities. This led to the creation of a market where women played the central role of trade and commerce.

Besides trade and commerce activities, women are also very active in social issues and movements. It may be mentioned that during the period 1933-45 the Maharaja of Manipur and Political Agent, Mr. Gimson of British Government passed oppressive economies and administrative policies. The policies support the Malwari traders to export large scale of rice from the state without being concerned about the requirement of the state.  Such steps of the British Government created a famine-like situation in Manipur. In 1939, the women of Ima Keithel started agitating and protesting against the colonial government’s oppressive economies and administrative policies. As a response, the colonial government tried to suppress the agitation by military action and several women were injured. The agitation went on for several months and was dropped due to break out of the Second World War. This struggle of women to reform economic and administrative policies was marked as second ‘Nupi Lan’ (Women’s War) in the history of Manipur. The first “Nupi Lan” was broke out in 1904.

After independence, the responsibilities of women of Ima Keithel were increased manifold. As the state was hit by insurgency problems and the public were trapped between the state actor and the non-state actor. Behind the shadow of Arm Forces Special Power Act, 1958 to fight against insurgency groups, the number of human rights violation activities were increased in the state. In such a scenario, the women stood in the front with a firm pace to fight any inhuman activities from both the state actor and the non-state actor. In the case of Thanjam Monorama rape and murder by Assam rifles, the women carried out first naked protest of India against the Indian Army. In the Naga Peace Talk which affect the territory of Manipur, the women did not remain mum. They strongly protested and agitated against the Government not to affect the territory of Manipur. Recently, against the Citizen Amendment Bill, thousands of women’s of Ima Keithel agitated day and night in the street leaving behind their trade activities. In the chill weather of Manipur, they slept in the street to protest the Bill. The contribution of these women in the socio-economic and political scenario of Manipur is limitless. They are the symbol of women empowerment.

Manipur Education Minister advises students to keep themselves away from protest