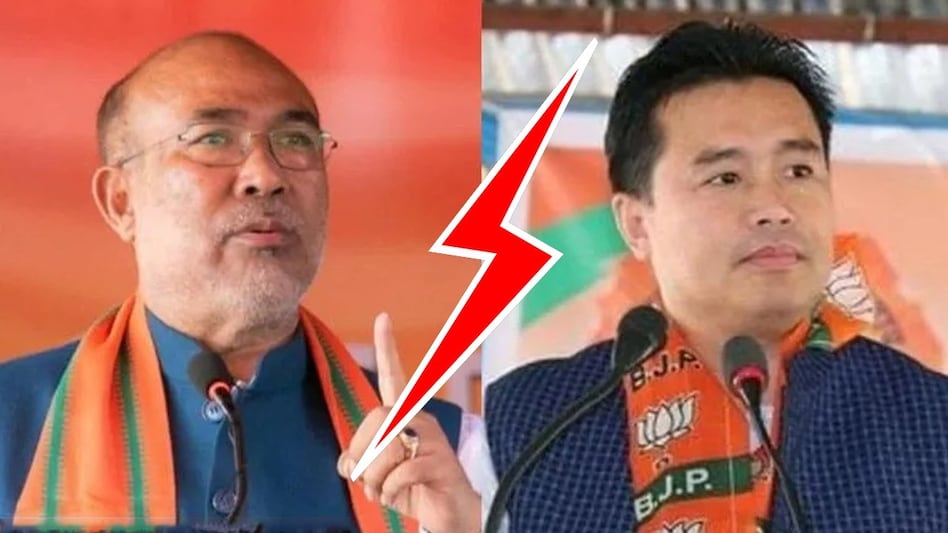 Who will become the next Manipur Chief Minister ? Its a big question today as the BJP party has been divided into two camps. Caretaker CM N Biren Singh, MLA Th Biswajit, and Manipur BJP president A Sarda Devi met with the party's high command in New Delhi on March 15. According to the top political sources it has been confirmed that CM face to be announced on March 19.

At the BJP headquarters in Delhi, caretaker CM N Biren Singh, along with Th Biswajit and A Sarda Devi who flew down to capital on a chartered flight for the crucial meeting with top party leaders.

After leaving the meeting, CM N. Biren Singh told reporters that the decision on Manipur's next chief minister would be made after a visit by central observers.

The BJP's central leadership has named Nirmala Sitharaman, the Union Finance Minister, and Kiren Rijiju, the Union Law Minister, as the party's observer and co-observer for Manipur, respectively. The two will arrive in Imphal, the capital of Manipur today and the duo will meet different sections of people along with MLA’s.

However, it has been confirmed that some senior leaders were not present, including Biswajit. The BJP won 32 of the state's 60 seats, putting them in a position to form the government on their own. Singh, on the other hand, had previously stated that the BJP would join forces with like-minded parties.

BJP formed the government in 2017 with the support of the National Peoples’ Party and Naga Peoples’ Front, it contested all 60 seats this time. In a bid to emerge as kingmakers in a post-poll scenario, NPP and NPF contested 38 and 10 seats on their own. Meanwhile, Congress, CPI, CPI(M), Forward Block, RSP and JD(S) formed a pre-poll tie-up - the Manipur Progressive Secular Alliance. Ultimately, the saffron party emerged as the single-largest party by winning 32 out of 60 seats with 37.83% vote share whereas Congress bagged only 5 seats.