The search team at Manipur’s Noney recovered two more dead bodies at around 11:10 am today from the landslide site. 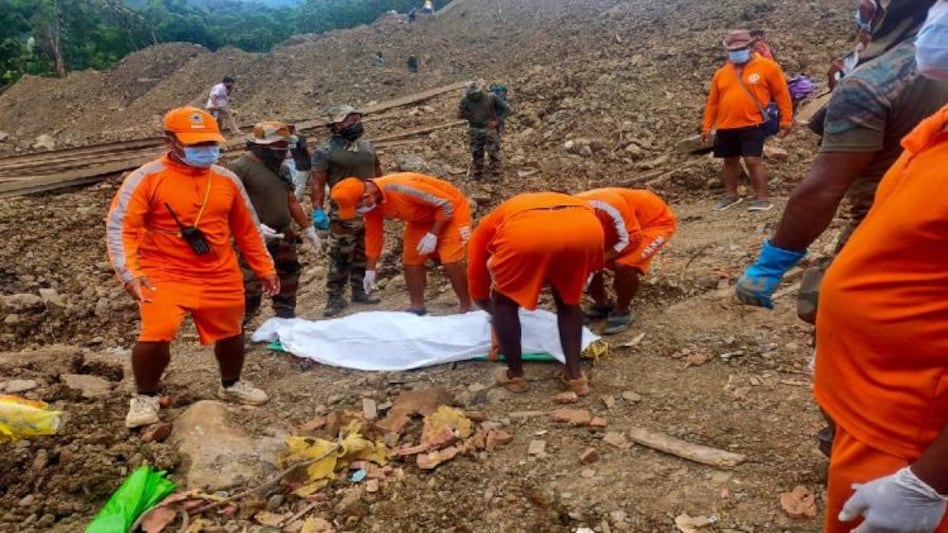 The search team at Manipur’s Noney recovered two more dead bodies at around 11:10 am today from the landslide site.

The bodies have been identified as Sonal Konwar of the VSC Railway company, while the other still remains in waiting for identification.

After recovery of the two dead bodies, 52 have been recovered in total, while as nine others continue to remain missing.

The initial eight confirmed fatalities were members of the Territorial Army. The group acted as security personnel for a railroad construction that would connect Jiribam railway station to Manipur's capital city Imphal. The landslide occurred near the Ijei river where it created a dam. Rescuers believe it could lead to major flooding if the dam gave way, causing a larger disaster.

Over 250 soldiers, rescuers and police officers were involved. Bulldozers and excavators were used to find bodies in the nearby river.

On July 2, the bodies of 34 people were recovered. July 3, the total death toll was 42. Rescuers used radar and a search and rescue dog to locate potential survivors that were buried.

On July 9, the total death toll reached 50. Officials have warned residents in the Noney district against approaching the Ijei river due to the possibility of a flood. The Chief Ministers of Manipur, N. Biren Singh, said that ₹500 thousand would be given to the families of those killed as an ex gratia, while ₹50 thousand would be given to the injured. Coommuters were told to avoid National Highway 37.