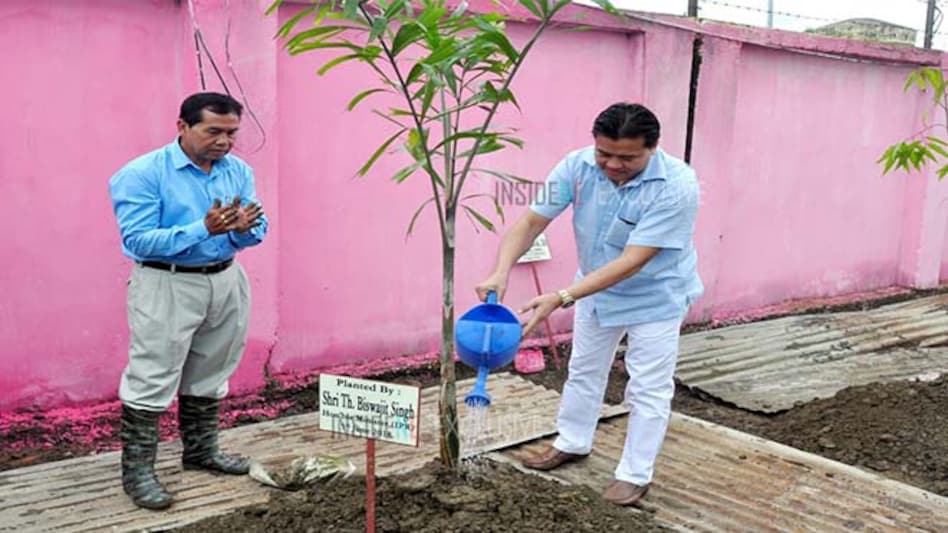 Information and Public Relations Minister Thongam Biswajit Singh made a clarion call to preserve, protect the environment and stand against plastic.

Biswajit was addressing media as part of the World Environment Day Observance organised by the Directorate of Information and Public Relations at its Keishampat Office Complex. The Minister alongwith Secretary (IPR) Shri Athem Muivah and Director S H. Balkrisna Singh also planted tree saplings inside the premises as part of the observance.

The Minister also said that it is a proud moment not only for Manipur but for the entire country as India is host of this year’s World Environment Day under the theme “Beat Plastic Pollution”.

He said everyone has a responsibility towards protecting the environment and leave a clean and sustainable environment for our future generations, he said.

Biswajit also appealed to shopkeepers to minimise use of plastic bags and replace them with biodegradable carry bags. He said instead of just observing the day, we should all contribute in making the day’s observance with India as the host meaningful.

He said that it is time that each one of us realise the significance of the observance and make it more meaningful by our practical and active participation instead of just planting a sapling.

As part of the observance, Biswajit also met with officers and staff of the department for a brief interaction, wherein, the officers and staff put forwarded their infrastructural needs for better and smooths functioning of the directorate.