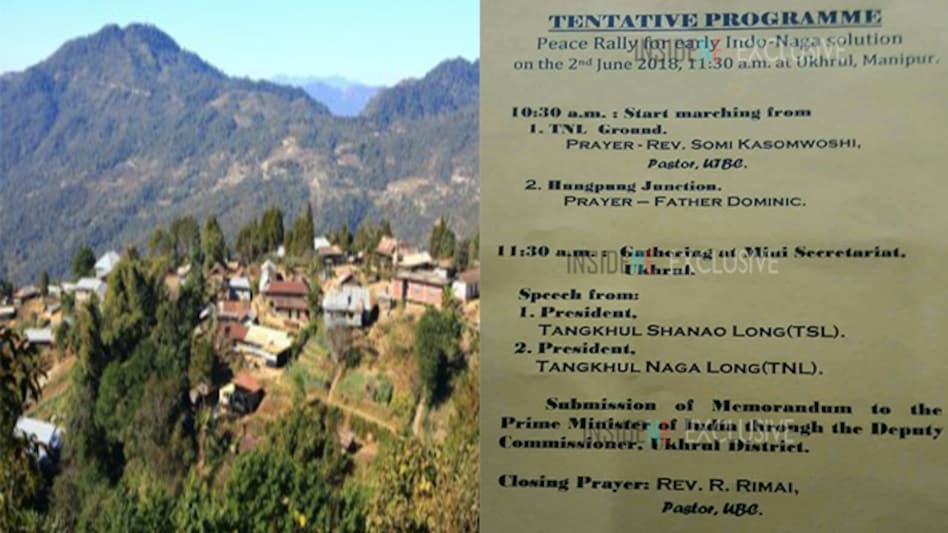 Tangkhul Civil Societies are set to organize a peace rally at Ukhrul town on June 2 to speed up and finalize the ongoing Indo-Naga political dialogue between the NSCN (IM) and Government of India.

Disclosing this to media persons today at his office chamber, TNL president Weapon Zimik detailed the programmes for the peace rally to be held on 2nd June at Ukhrul town.

Weapon Zimik said that the Tangkhul Civil Societies have unanimously resolved to stage a peace rally to show public support to the movement for a permanent settlement of the pending Naga issue.

He said that it is the aspiration of all the Tangkhuls that a final solution to the Indo - Naga political issue is worked out on the basis of the Framework Agreement signed on August 3, 2015.The TNL president maintained that the peace rally will highlight the people's yearning for an early political solution and the support to the decision of the collective leaderships of the NSCN (IM).

A UNC team led by its president Gaidon Kamei will participate in the peace rally and deliver a public address. The rally will begin from two different points (TNL ground and Dungrei junction) and the public gathering will start from 10.30 am onward. The rally will converge at Mini Secretariat office complex, Ukhrul. There a public meeting will be held and a memorandum would be submitted to the Prime Minister of India through the Deputy Commissioner, Ukhrul.

Manipur Railway project to be completed by 2023: Union Minister Railway

Manipur: Bomb blast at an under-construction site in Imphal