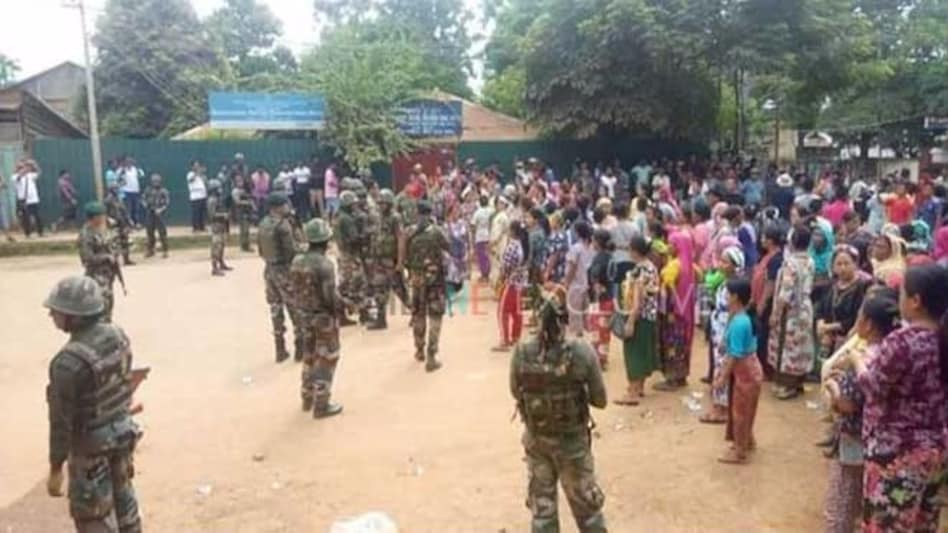 The five associations had protested against the hindrance and harassment meted out by the 43 Assam Rifles at Moreh’s Gate Number 1. The common people had stopped working following the Assam Rifles’ interference in their regular activities.

The strike that commenced at 5 pm on Wednesday and ended at 5 am on Friday, had brought life to a standstill. Cross border trade activities in the Indo-Myanmar border town Moreh in Manipur and Namphalong in Myanmar also came to a grinding halt for two consecutive days.

On Friday, the border town resumed life. The Foot Patrolling Party of the security forces were also turned back to their barracks by the general strike supporters.

Cross border trade activities in Indo-Myanmar border town Moreh in Manipur and Namphalong in Myanmar that came to grinding halt for two consecutive days also have resumed on Friday.

On the first day of the strike, a temporary bunker of the Assam Rifles set up at a public waiting shed near border Gate 1 was vandalized by the bandh supporters.

According to officials, DIG (I) Range K Jayenta rushed from Imphal to Moreh and held a closed-door meeting with the SP Tengnoupal district Th Vikram. Later he supervised the prevailing situation of the areas.

Though the strike had paralyzed the normal border trade between India and Myanmar for the second day on Thursday, there was no report of any untoward incident.

A memorandum with a six-point charter of demands has been submitted to the DC Tengnoupal district by the President of the Kuki Women Union and Human Rights, Hatneikim Mate.