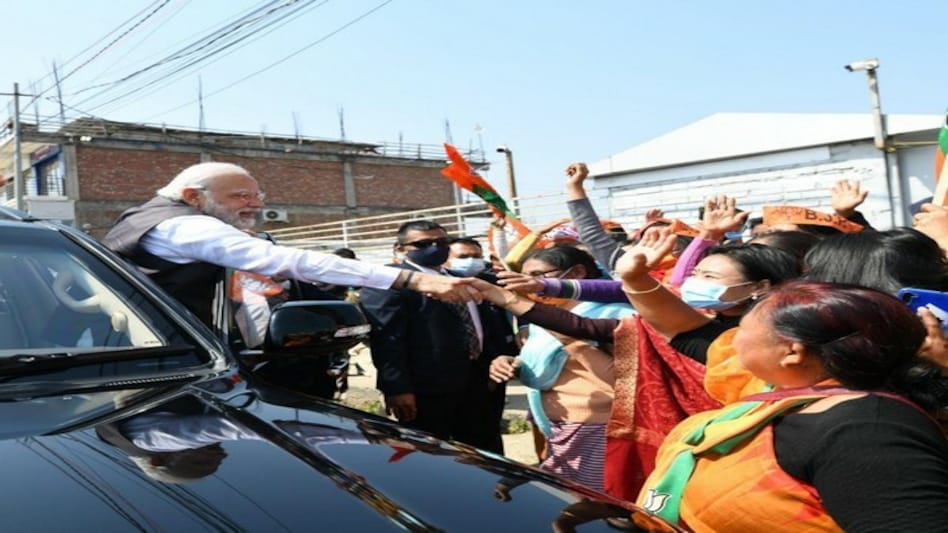 While addressing the election rally in Manipur's Heingang, Prime Minister slammed the Congress leaders for making make fun of the culture of Northeast India.

"Congress leaders come to Manipur and make big claims but make fun of the dresses and culture of Northeast India in other states. Congress divided Manipur between hills and valleys and played politics over it. They never worked on developing and improving connectivity in the region."

He further said that the NDA government believes that the northeast region is the growth engine for India.

PM Modi said that decades of Congress rule in Manipur resulted in inequality.

"The BJP government has made the impossible possible. Every region of Manipur has had relief from bandhs and blockades. Congress, on the other hand, had made bandhs and blockades the main feature of Manipur. The BJP government has written a new chapter of change for Manipur, taking everyone forward. The youth has given up arms and is coming forward to lead the development surge," he added.

The next phase of voting in Manipur is scheduled for March 5, and the counting will be held on March 10.