The international anthology of poems was published by the London based publisher, The Gronthee and edited by Shamim Shahan. 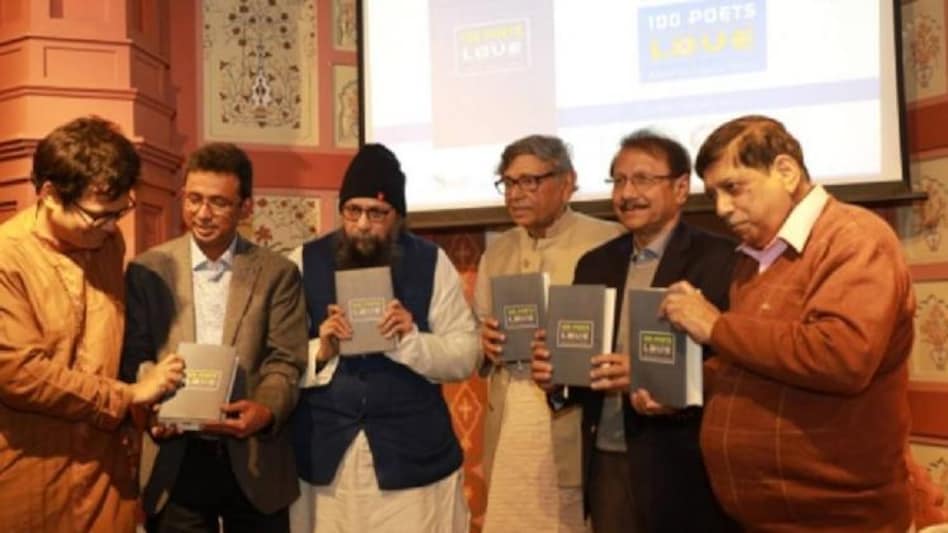 An anthology of poem written by 100 poets from 28 nations including two from Manipur, “Hundreds poets around the world for love” released this month at Baatighar in Dhaka.

The international anthology of poems was published by the London based publisher, The Gronthee and edited by Shamim Shahan. This anthology was written in 33 languages from 28 nations. The two Manipuri poets who had contributed their poems in this book are Sharatchand Thiyam and Moirangthem Borkanya.

The book was published by collecting the poems read out in a virtual programme conducted by The Gronthee during COVID-19 pandemic 2020.
The Gronthee is an award-winning literary platform and has been serving for world literature for last 28 years through nurturing new voices, offering platform for experimental literature both from Bengali and non-Bengali traditions.

The Gronthee has been publishing its ground-breaking Gronthee little-mag both in Bengali and English and was critically acclaimed by the contemporary prominent poets and writers from all across the world.

The last International poetry Festival in January 2019 at Espacio, a Latin American art gallery was hugely praised by the poets and poetry lovers around London.

A poetry issue of the Gronthee little-mag which was published on the eve of the festival has been highly appreciated for featuring some truly powerful voices from South Asian, Latin American, African and European background.

The Gronthee also have hosted number of literary events in collaboration with one of the leading Indian classical music and poetry promoters in UK, Saudha; one among many was at St Margaret's House in East London last year which was literally a house-packed and highly praised event.