The Central Puja Committee (CPC) organised the 28th All Faith All Religion get-together of harmony in Kench’s Trace, Shillong on September 28 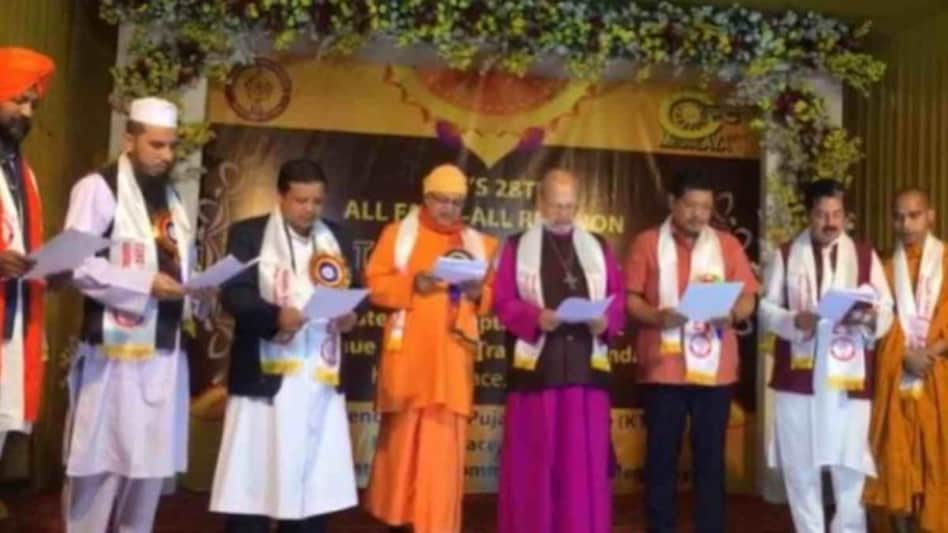 The Central Puja Committee (CPC) organised the 28th All Faith All Religion get-together of harmony in Kench’s Trace, Shillong on September 28.

Meghalaya Chief Minister Conrad K Sangma attended as chief guest of the occasion and other religious heads including Bishop P Lyngdoh, Father Richard Majaw along with religious leaders of other faiths attended the program.

President of CPC Naba Bhattacharjee while speaking on the occasion said that the caravan that orchestral harmony still continues after 29 year long years. He said that the harmony is palpable in this August gathering, as it was in 1993.

He also felt proud that, it must have been the first of its kind in the country where all religious heads of different faiths came together.

He also stressed on Shillong witnessing a number of discord among communities. But till date there has not been a single instance of religious discord.

Chief Minister Conrad K Sangma said that the galaxy of people who are here today from different walks of life is in itself a very strong and powerful message of harmony.

Sangma said that he understands the challenges they face in society, as a state and country.
Picking up on what Bishop P Lyngdoh had mentioned, Sangma said that it was rightly pointed out that there is no dearth of individuals who would like to take advantage to create the incorrect narrative of entire situation and try to create communal tension among the people.