Chief Minister, Conrad K Sangma, said that the meeting was held to brief the leaders of different political parties on the steps that have been taken by the government following the Mukroh incident. 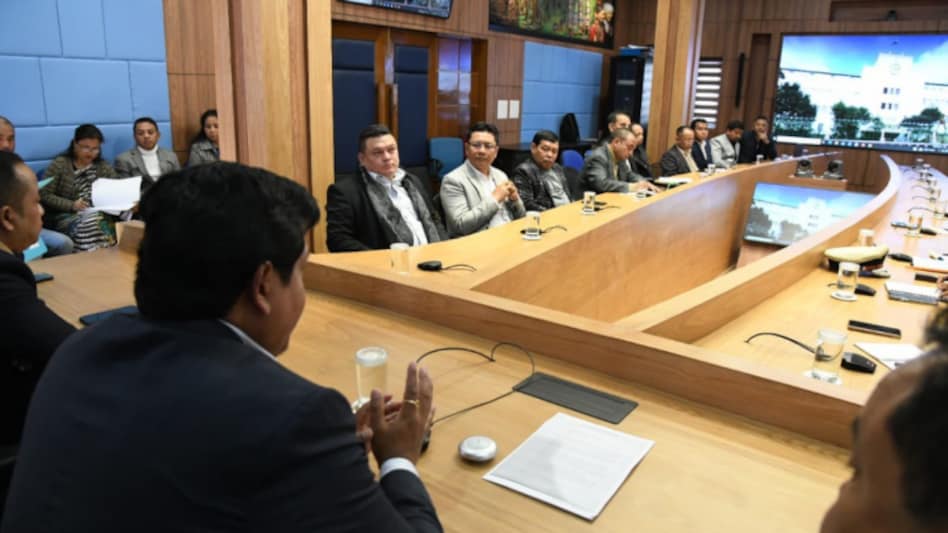 Meghalaya Chief Minister, Conrad K Sangma, on November 28 met representatives of different political parties over the Mukroh incident in which five lives were lost on 22nd November 2022 in Mukroh village in West Jaintia Hills following a spat between Assam police officials and villagers of Mukroh.

Briefing the media after the meeting Chief Minister, Conrad K Sangma, said that the meeting was held to brief the leaders of different political parties on the steps that have been taken by the government following the Mukroh incident.

Held meeting with leaders of political parties and local MLAs to brief them regarding the actions that have been taken and the future course of action by the Govt regarding the firing incident at Mukroh where 5 individuals from Meghalaya & 1 from Assam lost their lives@AmitShah pic.twitter.com/Z1N46LQmR5

“We have also discussed the border areas and the areas of differences and the measures that can be taken by the government to prevent such incidents and tensions in future,” he said.

He also informed that different political parties have expressed their concerns and also condemned the incident and suggested measures to thwart border conflicts.

The Chief Minister also informed that the State government will meet on November 29 to finalize the list of Border Outposts (BOPs) in sensitive areas.

“These BOPs will be equipped with full manpower and infrastructure so that they function efficiently so that the safety and security of the citizens in the border areas is maintained,” he added.

He also informed that action will be taken against the perpetrators of violence and vandalism that had occurred during different rallies and agitations in the last few days. The Chief Minister also appealed to the citizens to work together for normalcy to return and there are no further incidents of violence or disruption in the State.

A two minutes silence was observed during the meeting as a mark of respect to the departed.