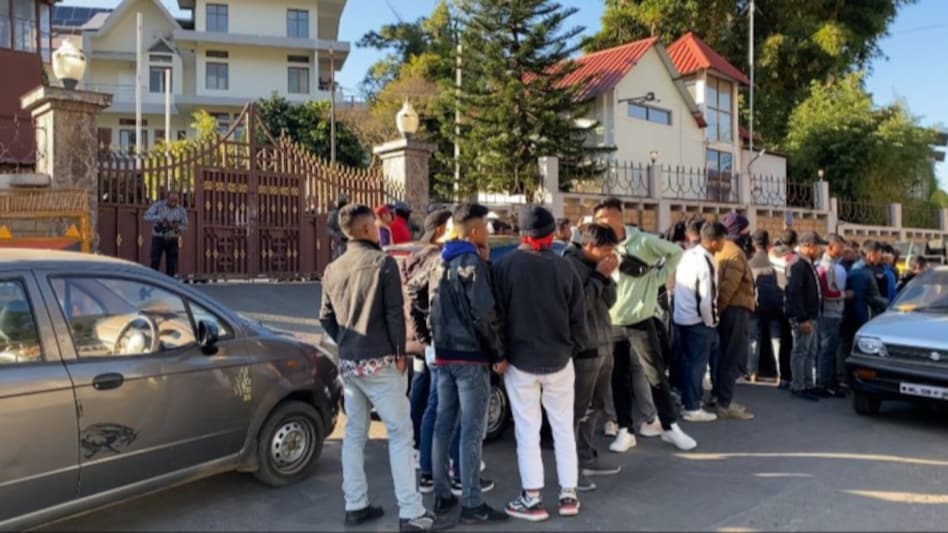 The protest is to condemn the failure of the State Government and the Assam and Central Government for what had happened on November 22 at Mukroh village in which 6 people lost their lives.

Robertjune Kharjarin the HYC leader demanded the State Government that more police personnel should be deployed to the border area for the safety and security of the people of the State as he reminded that this incident is not the first time that happened in the Meghalaya-Assam Border but in 2010 a similar incident had happened at Langpih where 4 lives have been lost and many has been injured.

“Shah said that before we celebrate the 75th year of Independence the BJP government will make an effort to resolve all border disputes in NE. But we find these are just mere statements and no action has been taken.”